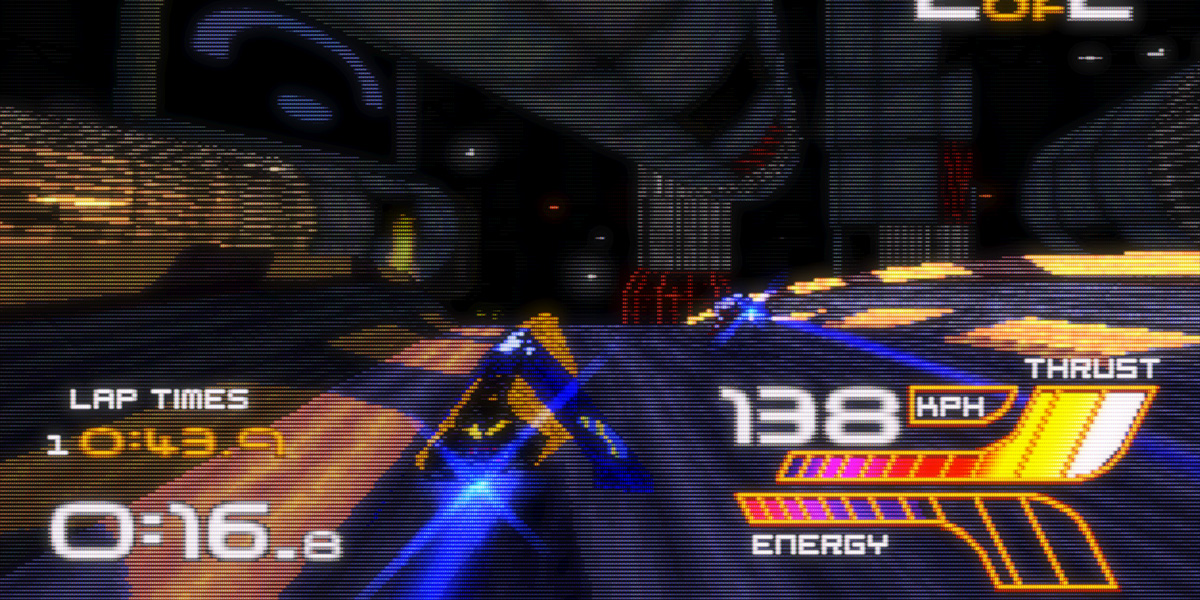 Wipeout XL, also known as Wipeout 2097 in Europe, is a futuristic anti-gravity racing game and the second installment in the Wipeout series.

If you haven’t played a Wipeout game before, you’re seriously missing out. Each game in the Wipeout series is good in its own way, but I’m partial to the original PlayStation trilogy.

Wipeout XL was my first exposure to the Wipeout series, and to be honest, I wasn’t a fan of it at first. But as I played the game more and stopped colliding into walls, I grew to love Wipeout XL.

You start the game with the option to play with four ships (with one unlockable ship later on), and each ship has different stats: acceleration, top speed, turning ability, aerodynamics, and shield strength.

The controls are pretty standard for a racing game — hold down “X” to accelerate, and try your best to steer around corners.

However, there are differences from your standard racing game. Since you’re racing with an anti-gravity ship, you don’t have normal brakes.

While you’re racing through the game’s eight tracks, you’ll need to keep an eye on your shield. If your shield completely depletes, you’re eliminated.

If you drive over one of the various weapon spots, you’ll get a random weapon that you can fire at opponents.

You can replenish your shield by driving through the pit lane near the beginning of the track.

The overall art direction of the game has that distinct futuristic aesthetic from the mid 90s to the early 2000s. Another good example of this aesthetic would be the movie Hackers, which actually featured gameplay footage of an early Wipeout prototype.

The game’s art style is perfectly matched by the soundtrack, which features electronic music artists like Fluke, Underworld, and The Prodigy.

Fortunately, there is a good amount of balance between each speed class with progressively advancing difficulty, so players of all skill levels can enjoy Wipeout XL.

If you’re in the market for a speedy racing game, give Wipeout XL a fair chance.

Retro Video Game Stores Near Cleveland and NE Ohio in 2021