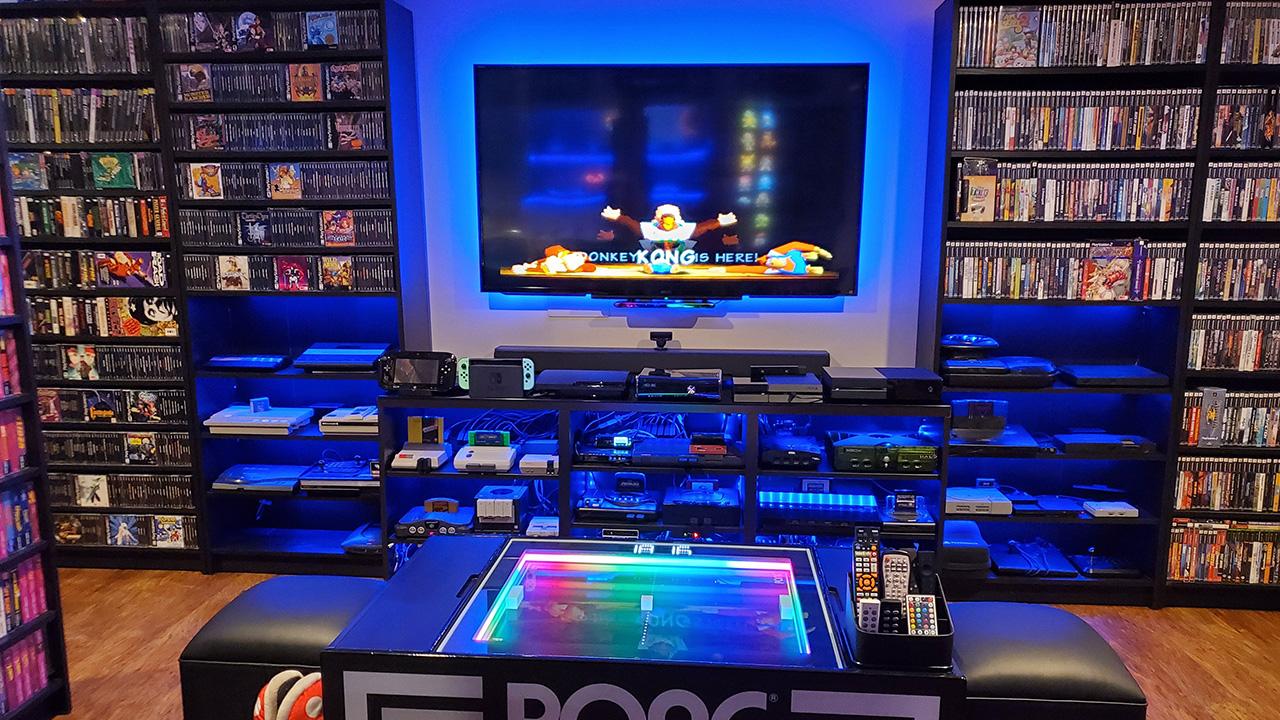 It’s every retro gamer’s dream to have a retro game room or retro gaming battlestation that’s good enough to take a picture of and impress the masses on social media. Most people have limitations; money, space, or a social life. Fortunately, some retro gamers have too much money, a ton of space, and no girlfriend to nag them about buying another old console or TV.

These are the game rooms that you wish you could have afforded growing up. Here are 10 of the craziest retro game rooms and/or retro gaming battlestations.

More than meets the eye 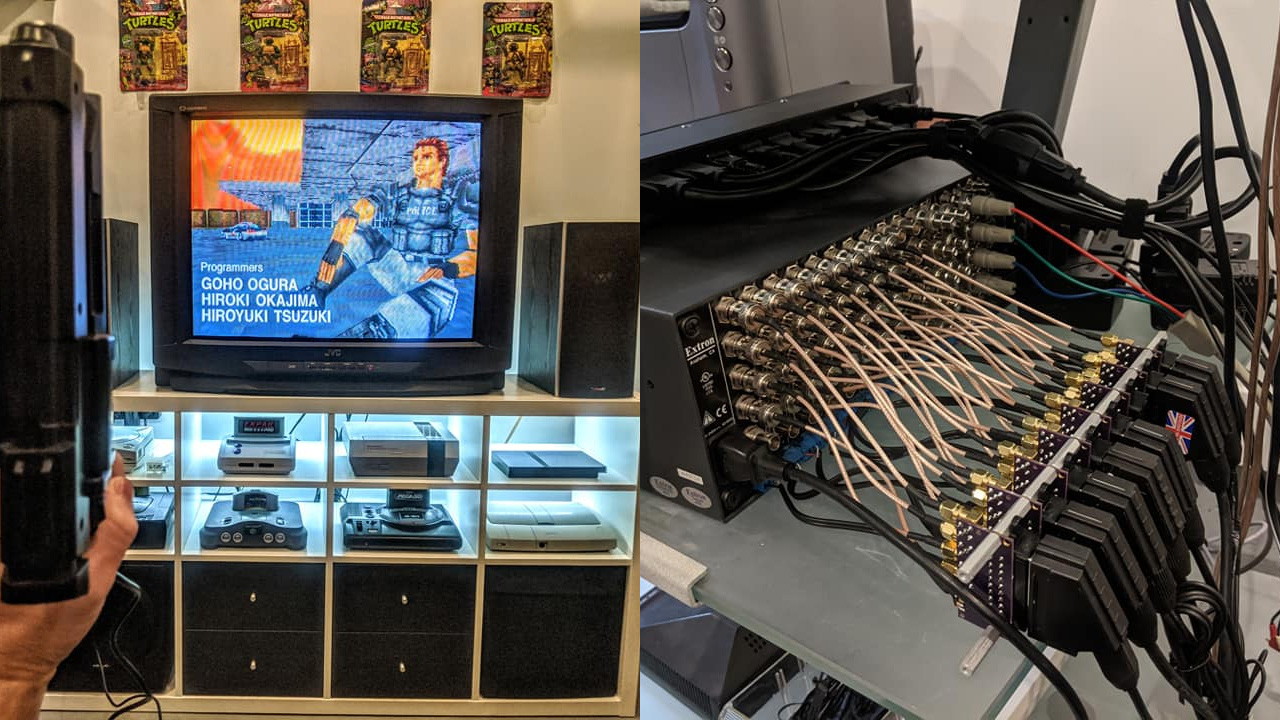 At first glance, this retro gaming battlestation might seem pretty run-of-the-mill. You have your standard CRT and some consoles. However, these consoles all have RGB scart hookups. If you’re not familiar with scart cables and RGB modded consoles, it can get pretty pricey. But the pricey cables and mods are worth it for those who want the absolute most out of their retro games. This battlestation gets bonus points for having external speakers — audio quality is an often underlooked but essential part of gaming.

A ton of LED lights 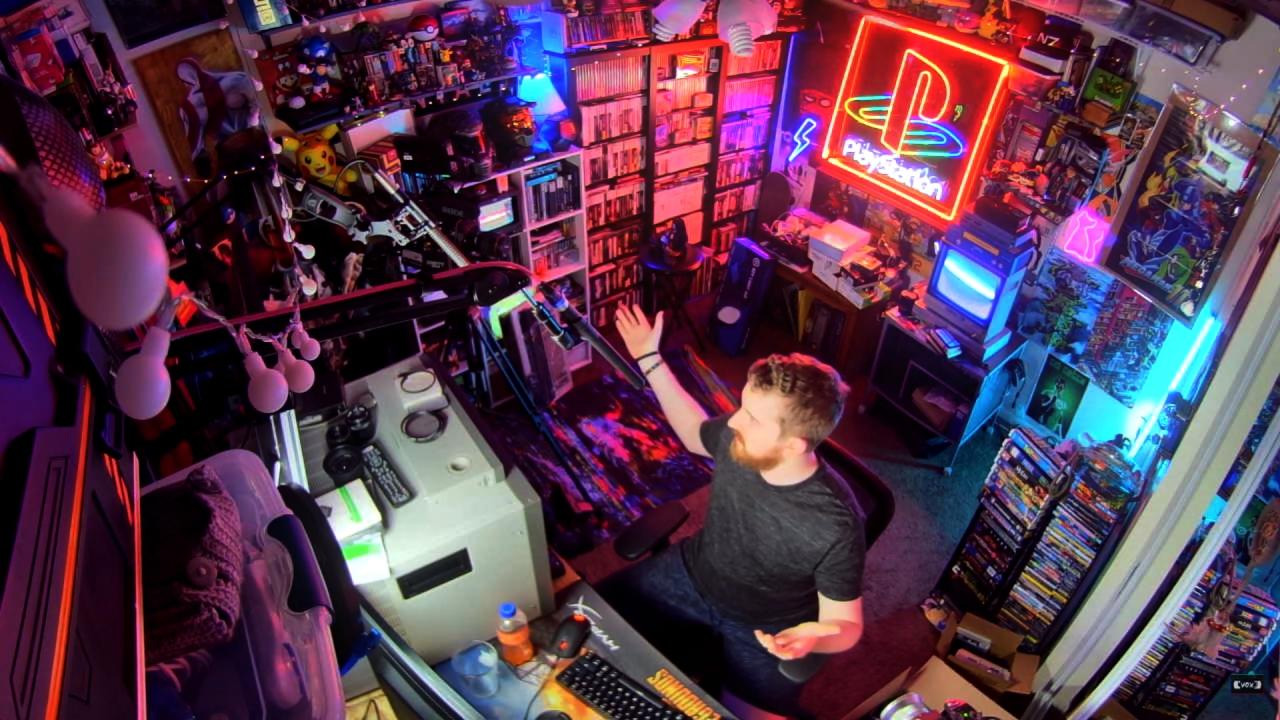 LED lights look amazing, but this guy might be taking it a bit overboard. Aside from the bright lights, this retro game room features a ton of games, some merchandise, and at least one Sony PVM, which is a CRT monitor that costs a pretty penny these days. This is truly the definition of a “man cave” because this retro game room was built to match his unique tastes and personality. 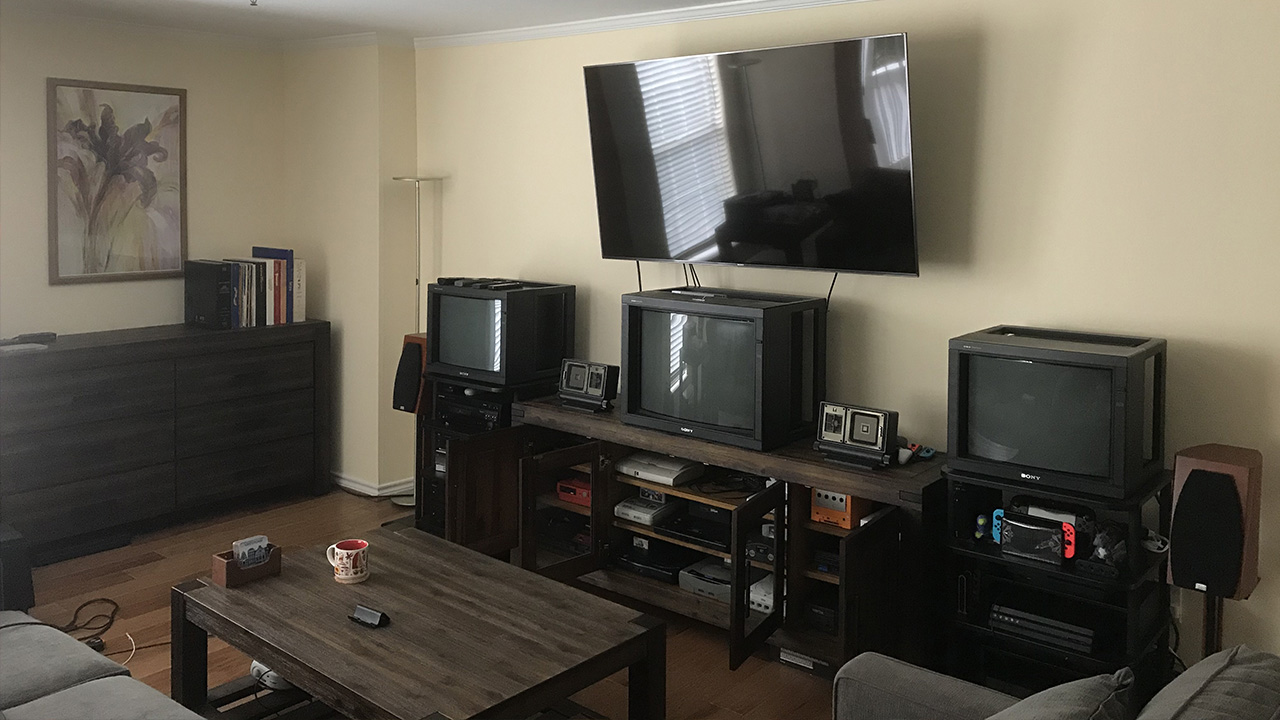 Minimalism is all about downplaying appearances while spending as much money as possible (or something like that). This retro gaming battlestation is exactly that: it’s not overly flash or anything, but it has three expensive and rare CRT monitors, plenty of consoles hidden in the cabinet, and I’m willing to bet those speakers cost plenty of cash as well.

This could be a game store 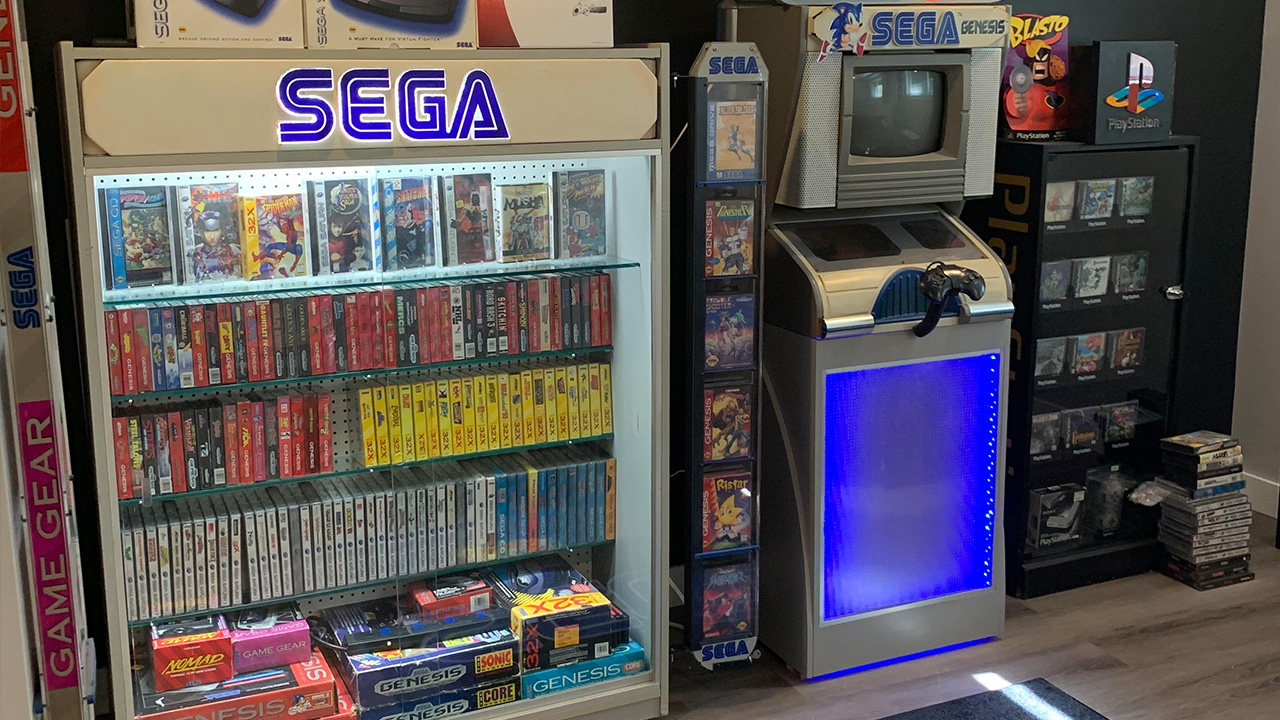 It’s always nice to see old video game store cabinets, kiosks, and displays inside a retro game room. I’m not sure about the authenticity of these particular items, but this game room has two Sega cabinets, a Sega Genesis kiosk, and a PlayStation cabinet. If authentic, those are expensive collector’s items that any retro gaming enthusiast would like in their own collection. 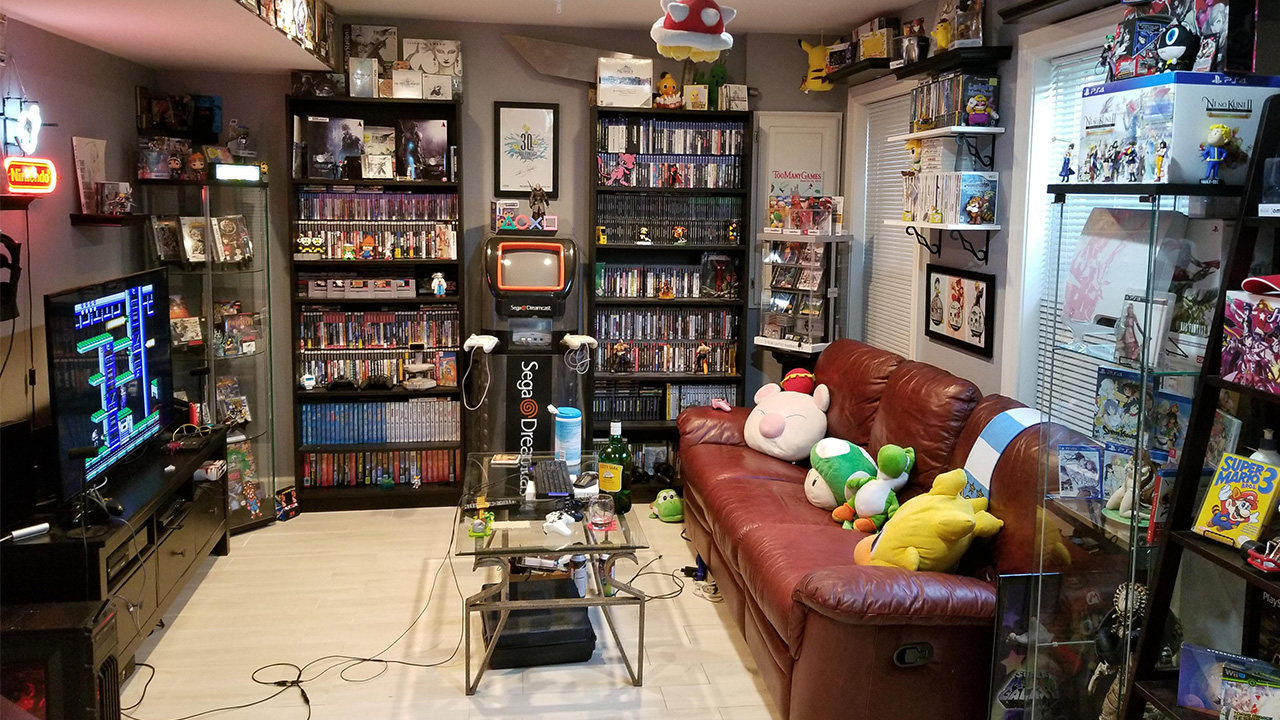 This game room has a ton of merchandise and a ton of shelves. It’s almost like this room is a mini-museum of gaming. You could spend hours looking at everything. The Sega Dreamcast kiosk is also a very nice touch.

If you’re interested in buying gaming merchandise as seen in this retro game room, check out eStarland.

Modern and retro in harmony 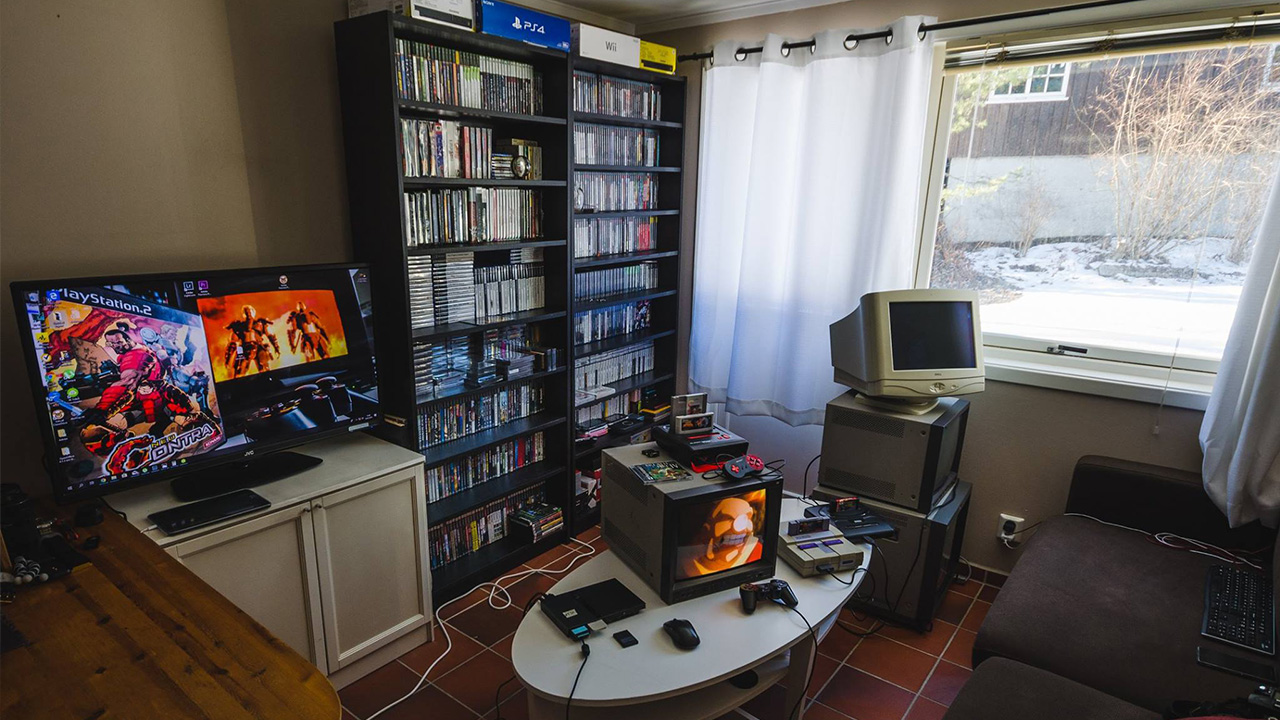 Sometimes you’re in the mood for some beautiful CRT scanlines, which is why this battlestation features a 14-inch CRT. But other times, you want to play your consoles on a modern display. This battlestation is simply the best of both worlds.

I think he likes Monster Hunter 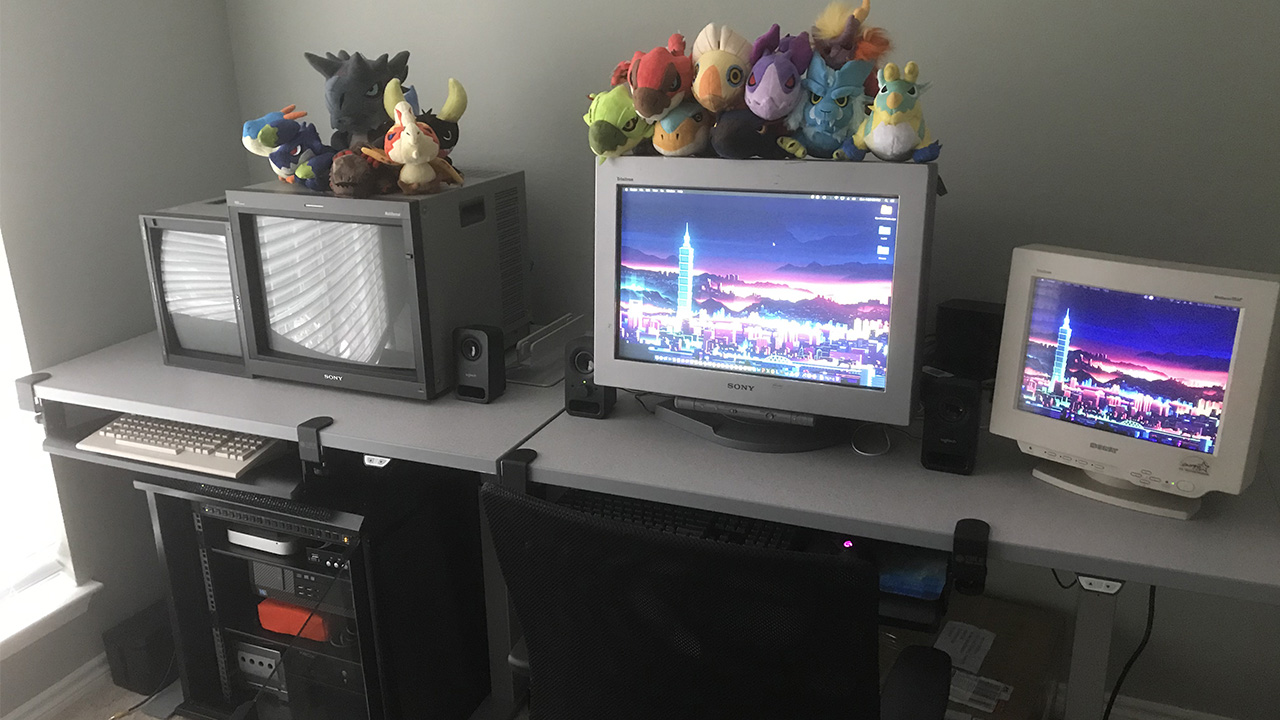 I wouldn’t really consider Monster Hunter “retro” or anything like that, but either way, this retro gaming battlestation features four beautiful (and pricey) CRT monitors with over a dozen Monster Hunter plush toys. Each of those Sony CRT monitors could easily be sold for hundreds of dollars, if you can even find one for sale.

Every retro gaming enthusiast is probably familiar with MetalJesusRocks, so it might seem silly to include his game room on this list, but he’s actually got an extremely solid setup. MetalJesusRocks has the most impressive retro game room I’ve seen, and that’s probably because his “game room” is actually multiple rooms packed full with games. Will he play and complete them all? No. But at least he’ll never get bored.

A bit of everything 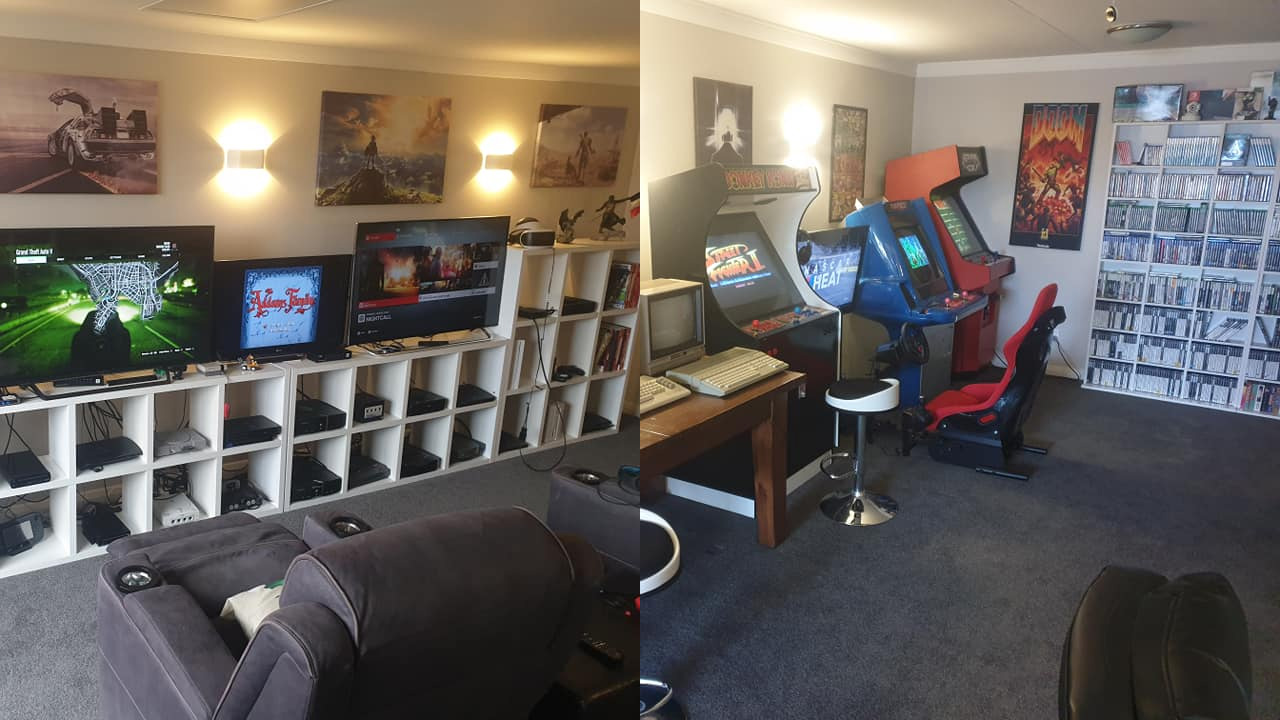 This retro gaming battlestation is absolutely gorgeous. The LED lighting from behind the shelves and TV is tasteful and the shelves look highly organized. And the best part is that there’s a wide selection of consoles to play!