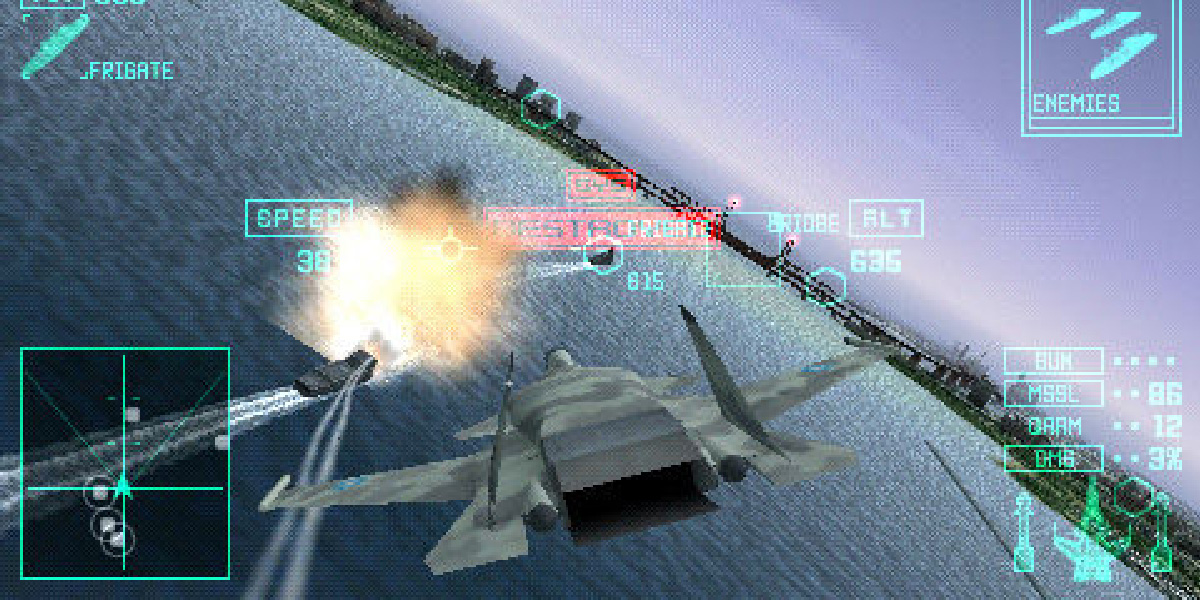 I slept on the PlayStation Portable during the machine’s lifetime. At the time, I was busy with high school then later college, and my interest in gaming had waned. Discovering this handheld in 2020 has been a joy. One of the first games I was excited to try was Ace Combat X: Skies of Deception.

Ace Combat X: Skies of Deception is exactly what you would expect, and what you’d want, from a flight combat video game on the go. Released in 2006, early into the lifecycle of the PSP, ACX is simply impressive.

Ace Combat X: Skies of Deception takes place within the larger “Strangereal” alternate world built by the Ace Combat franchise. Since so much care is taken to build this world in the previous games, this setting is a huge selling point for me and furthers my enjoyment of the story.

But don’t worry, you don’t need to have played a single Ace Combat game to enjoy this one!

On a PSP-1001’s 3.8 inch screen, the game looked so crisp and clear that I almost couldn’t believe it. I also played the game on a PSP emulator and the game still looked good on my computer monitor at 1080p.

Admittedly, some ground and building textures look low resolution when you get close, but unless you’re crashing or dive-bombing, you really won’t see them — but the aircraft themselves look so sharp. All in all, I was wowed with the graphics.

The controls translate well to the PSP. The aircraft maneuvers the same on the PSP as their console counterparts. However, there’s only one analog stick to work with, so the ability to look around your plane is removed. This doesn’t really affect gameplay, especially if you’re the kind of pilot who prefers the cockpit views.

If you have a PSP, I would strongly suggest you pick up Ace Combat X. I purchased a complete copy off eBay for around $15. PSP prices won’t stay the way they are forever, so if you have an interest in flight sims or great looking PSP games, don’t wait much longer.