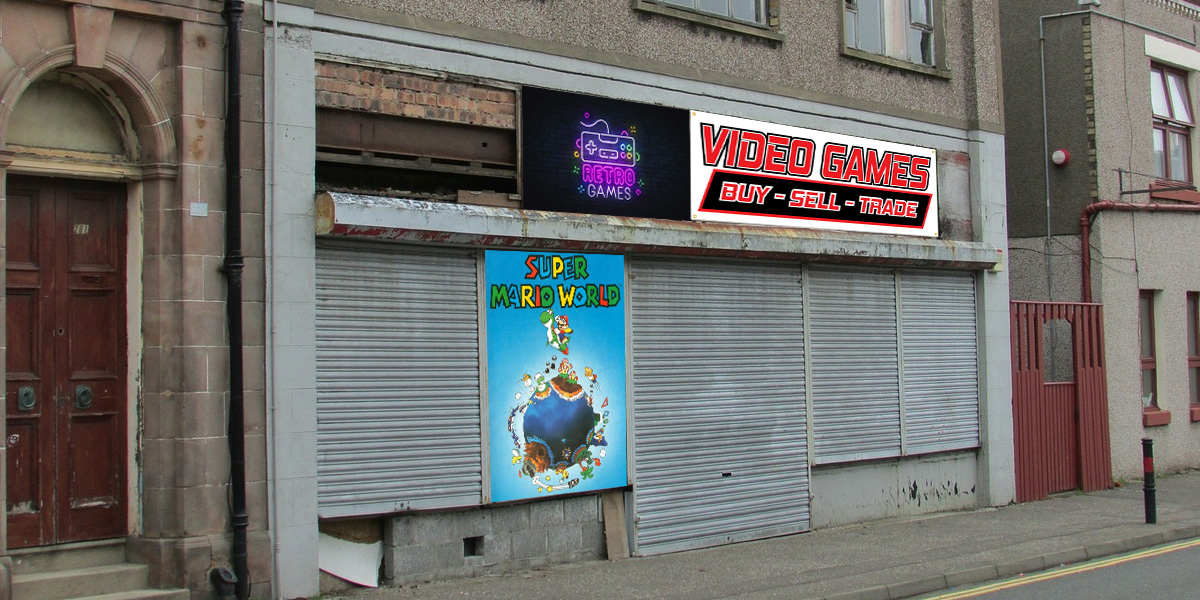 We all love and support our local retro gaming stores, but there are some game stores that you might want to avoid like the plague.

You might have a certain store in your mind right now, or maybe your local community has been blessed with a great store. Regardless, there are some red flags that you should keep in mind (especially if you’re an owner of a retro game shop). Some of these issues are more severe than others, but they are all annoying enough to mention.

Imagine walking into a retro game shop only to find that none of the items have prices. Unfortunately, I’ve experienced such a game store personally.

When nothing in the store is priced, that’s a good indicator that the store owner wants to sell their retro games at ridiculous prices.

If you want to get a halfway decent price on a game, you’ll need to haggle with the owner for every single game. Eventually, you’ll get tired of negotiating and give in to their inflated prices.

More often than not, you’ll leave the store feeling like you were ripped off. Try to avoid doing business with local game stores like this.

2. You can’t read the labels

This isn’t a heinous sin or anything, but some stores have terrible layouts that make it impossible to even view the products.

For example, some stores have games stacked up on shelves behind counters. You’ll need to practically bend over the counter to see the game labels.

The best retro gaming stores let you get close to the products so you can actually see the inventory.

There’s nothing more disappointing than coming across a ton of reproduction carts and Chinese multi-carts in retro gaming stores.

Don’t get me wrong — these carts aren’t inherently bad or anything, but some stores don’t do enough to differentiate these carts from legitimate cartridges. Many of the customers who shop at retro game stores are collectors, and repro carts are practically useless to them. And often times, the prices of the repros aren’t much lower than the prices of legitimate copies.

There isn’t a phrase that makes me cringe more than “eBay prices.” For some reason, certain shop owners believe that current listings of eBay auctions are a good measure for the price of games.

This wouldn’t be a huge issue of these shop owners went by eBay sold prices or price charting averages, but many of these owners just take a quick glance at current listings. The issue with this method of pricing is that current listings may not be a good representation of what people are willing to pay for a game. Overpriced listings expire without buyers every day on eBay.

If you hear the phrase “eBay prices,” then you’re probably getting ripped off.

What’s the point of a game if you can’t play it? Of course there is some intrinsic value of defective games to collectors, but most people will want to actually play their games.

Often times, shop owners won’t properly test games. At most, the majority of shop owners fire a game for a few seconds, and if it boots, then they assume the game has no issues. I don’t expect game store owners to play through and beat every game that comes into their shop, but I do expect a working product when I hand them my hard-earned cash.