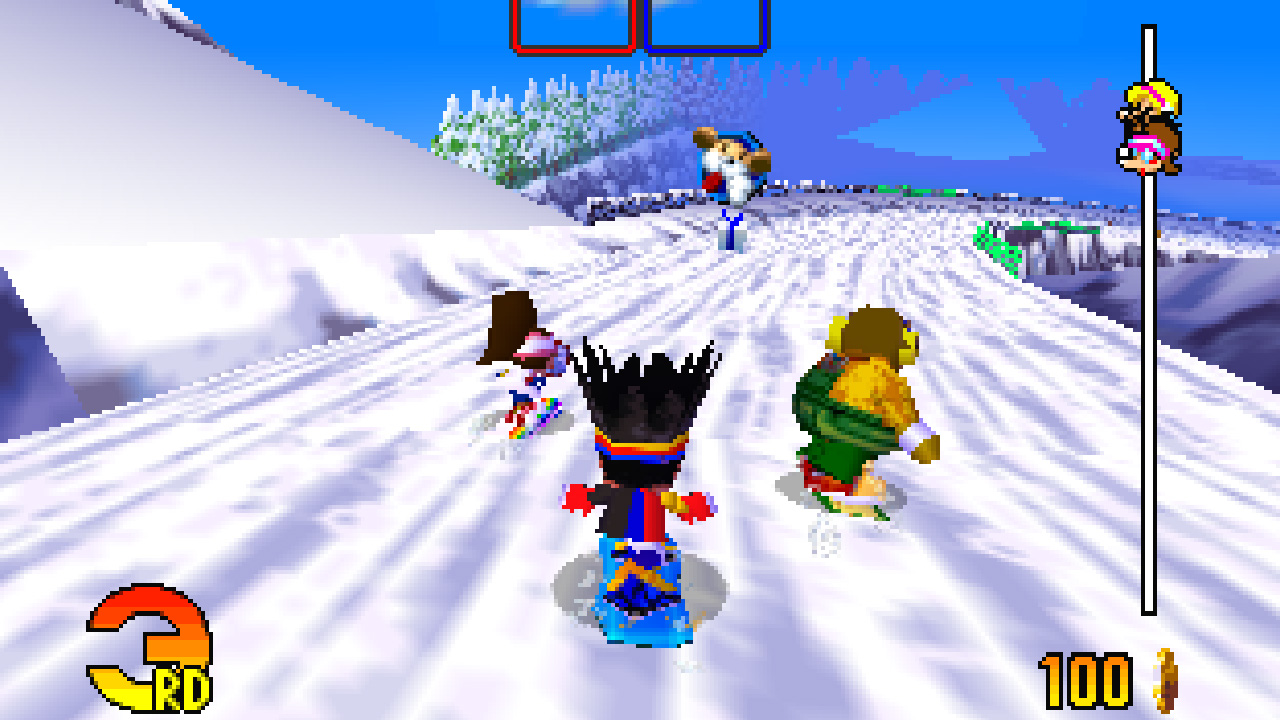 Some of the best games on the Nintendo 64 were developed by Nintendo, but there were also a lot of great third party Nintendo 64 games that are lesser-known.

Almost every top 10 list for the Nintendo 64 includes a ton of games from well-known first party franchises like Mario and Zelda. This is probably because of the Nintendo 64’s rather small library. But while the Nintendo 64’s library was limited, there were still a few hidden gems that you might’ve missed.

Before we get started, let’s set a couple ground rules. Obviously, this list doesn’t contain any first party games, but second party games don’t count either. For example, Rare and HAL Laboratory would be considered second party developers, so you might not see some of your favorites here. Now here are some of the best third party Nintendo 64 games.

If you don’t play many Japanese video games, you might not be too familiar with the Goemon series because the vast majority of the series never made it outside of Japan. But for whatever reason, the west was blessed with Mystical Ninja Starring Goemon on the Nintendo 64. The game’s setting is rooted in Japanese history, and you’ll find that reflected in the character design and music. Mystical Ninja Starring Goemon is a fusion between a few different genres: platforming, action-adventure, and mech.

Snowboarding games and kart racers were all the rage in the 90s, and the Snowboard Kids pair of games captured both genres. It’s a standard snowboarding racing game except with extra-cute characters and items that you can pick up as you race. In Snowboard Kids 2, you can play as nine different characters (after unlocking a few of them) and race on fifteen courses. And the courses don’t only feature snow; be prepared to snowboard through a tropical island, a castle, and a haunted house.

Yes, this game was also released on PlayStation, but Gex 64 is just too good not to include on this list. While Gex 64 isn’t as fondly remembered as other mascot platformers from the time, it’s still pretty fun. Gex can use his tail to bounce extra high or attack enemies. Each stage has a different theme based on movie and TV tropes. Gex himself is full of references to movies and television shows, even if the references may go over the heads of younger players today.

Chameleon Twist proves that platforming games don’t have to be about slapping enemies and collecting obscene amounts of collectibles to be fun. This game is focused on using your long Chameleon tongue to solve enemies and get through rooms. Some players find this game to be difficult, but that’s partly because the game doesn’t control like your typical platforming game. If you’re in the mood to try out something new, give Chameleon Twist and its sequel a spin.

Who knew that the Nintendo 64 had more to offer than dozens of platforming and racing games. Ogre Battle 64 diversifies the N64 library by offering a real-time tactical role-playing game. Like other tactical games, you take on the role of a general that commands a set of units. It’s definitely a game you should pick up for your collection, but good luck finding it at a good price.

WWF No Mercy is a wrestling game based on the World Wrestling Federation. The game is widely praised as one of the best wrestling games of the 5th generation because of its refined controls, character creation, and solid graphics. This is unsurprising for a game released near the end of the console’s lifespan in late 2000.

It’s hard to find “hidden gems” in the N64’s library because of the limited number of releases, but Body Harvest might just fall under that category. Body Harvest was developed by DMA Design, known for the Grand Theft Auto series. In this game, you take control of a space soldier and your mission is to eliminate body-harvesting aliens. The game itself is very “open” and has been described as “non-linear” which wasn’t common for the time.

Mischief Makers was widely panned by critics at the time of its release in 1997, but modern gamers see the game in a different light. This 2.5D game centers around unconventional gameplay, where the player must grab and shake objects. Despite the quirks of Mischief Makers, it’s not a difficult game, so it’s easy to pick up and have a somewhat relaxing playthrough after you learn the game’s mechanics.

A list about N64 games wouldn’t be complete without a racing game, and Rush 2: Extreme Racing USA is one of the best racing games you can find on the system. The game has everything you could want in a racing game: face-paced gameplay, cool cars, and detailed tracks. You can even find Mountain Dew cans in the game! Aside from that, each individual car has their own stats, which was a feature absent in the first Rush game.

Rocket: Robot on Wheels is a 3D platforming game where you take control of a robot named Rocket. What makes this game interesting is that it was developed using a realistic physics engine. The player must solve puzzles in this game using properties of physics like friction and inertia. Aside from the physics, the game has also been praised for its great controls and graphics.

Are there any other third-party Nintendo 64 games that you think should be on the list? Let us know in the comments below.