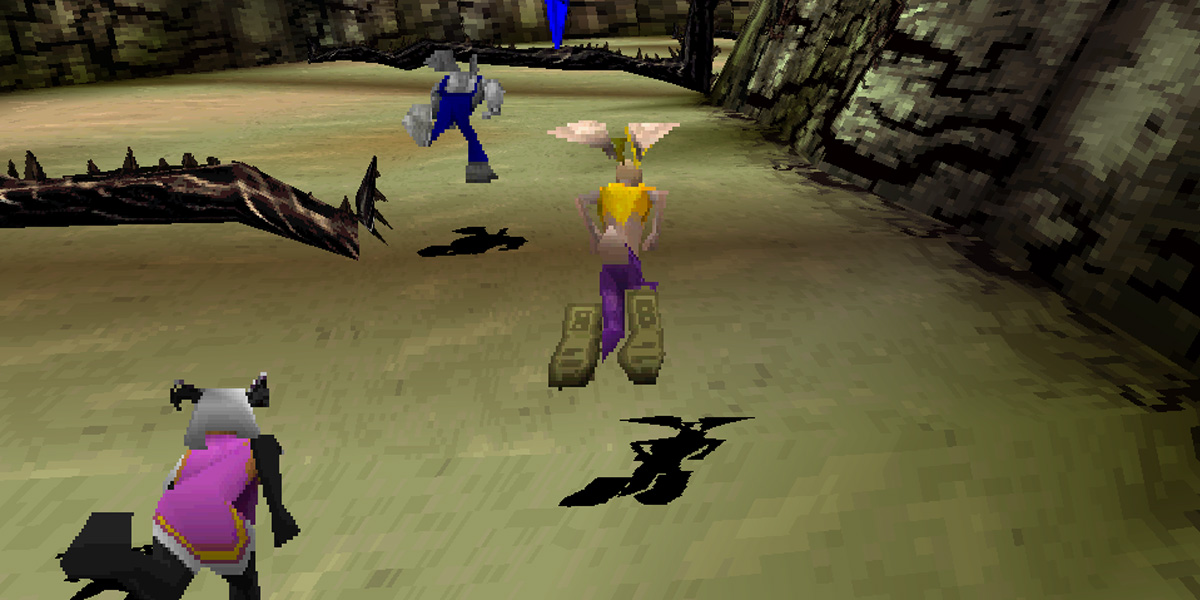 Running Wild is a quirky racing game for the PlayStation, where you take control of an anthropomorphic animal racer to run and jump your way to victory.

This game deviates a lot from other racing games by focusing on running rather than driving, hence the title Running Wild.

As far as I’m aware, there aren’t a lot of racing games out there that are quite like Running Wild. Not only are you racing on foot, but you can also jump to avoid obstacles. This game is kind of like a racing-platformer hybrid.

But despite the jumping mechanic, this game is way more of a racing game than a platformer, and that is reflected in the speed of the game. Once you learn the courses and no longer bump into objects and walls, you’ll gain a lot of momentum. It feels really good to go fast in this game and it definitely satisfies the need for speed.

It’s a fun concept for a game, but Running Wild definitely could have used a bit more content. The game only has six base characters, and each base character has a secret character counterpart that can be unlocked in the game’s hard mode.

Each character has different stats like speed, stamina, and jumping to name a few. These stats do effect the gameplay significantly enough to notice.

The character designs are okay, but they probably won’t be too memorable for the average player. Since there are so few characters, it would’ve been nice if they had a bit more character.

Running Wild also lacks stages, with only four base stages and two unlockable stages. The stages are fun, with a lot of unique obstacles to match the stage themes, but six stages is inexcusable for a racing game during this time, considering the variety seen in Mario Kart and Crash Team Racing.

Visually, the game has a very cartoonish look and matches the attitude seen in late 90s cartoons and other video games. And of course, the models have the classic PlayStation polygons.

Running Wild’s sound effects also reflect the late 90s attitude with an announcer that is just kind of funny in an indescribable way. When you’re not hearing the announcer, your ears will be filled with animal noises and bumping noises when you run into objects and walls.

All around, the look and feel of Running Wild definitely shows it as a product of its time, but that’s not a bad thing at all.

Running Wild is definitely worth a pick up if you want to kill some time with a fun racing game.