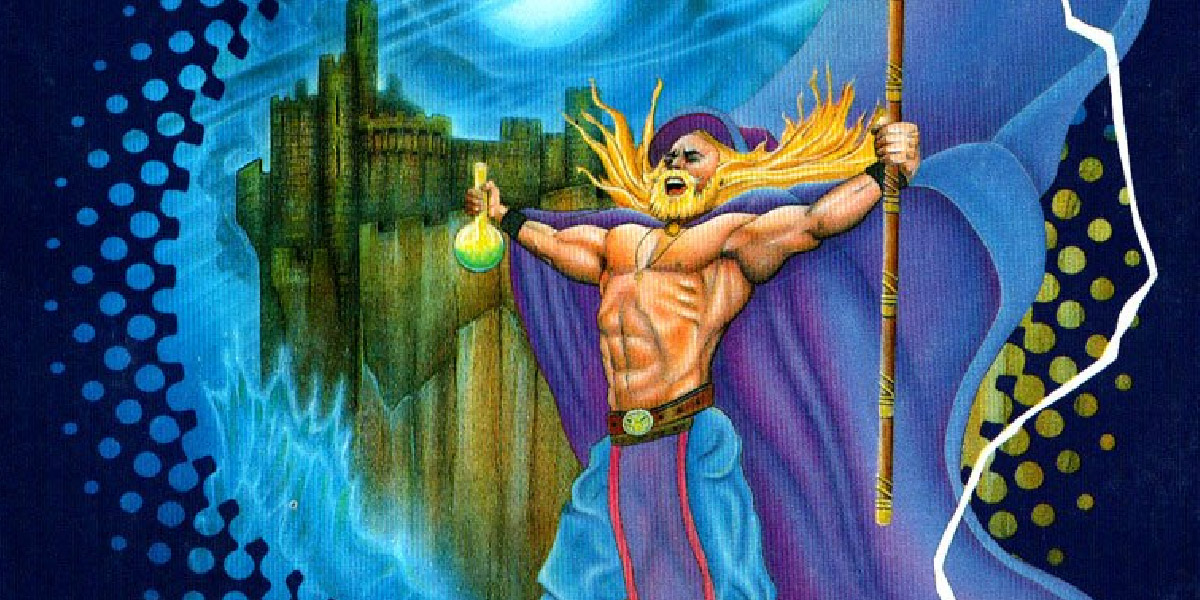 There really is no other game for the NES like Solstice. My sister and I shared our NES and given that we were 5 years apart, our game selections were wildly different. I usually opted for games based on comics or cartoons I liked while Libby, who was not only older but way hipper than young me, would choose these weird off-kilter games like Faxanadu and of course, Solstice. I’m pretty sure if she knew about Taboo the Sixth Sense, we would’ve been doing daily tarot readings in our living room.

My sister wasn’t huge into video games, but she was way into Solstice. So much so that when she got to the very last screen of the game and couldn’t figure out how to get any further, she called the Nintendo Hotline. Yep, there was an official 800 number to call when you needed help beating NES games for only $2.99 a minute! Well she called it and guess what? Solstice was so hard that even the guys who were paid to know how to beat it couldn’t figure it out.

Solstice is a puzzle game where you run through a maze of dungeons trying to find pieces of a staff that will defeat the last boss. The “bad guy steals your girlfriend” trope is introduced in the opening cutscene, which features the most complex, and I’d say greatest music on the system.

This guy Tim Follin did the music for a bunch of NES games like Pictionary, Treasure Master, and Silver Surfer, and they’re all truly exceptional considering the limitations of the time. The Solstice opener is his Ode to Joy, reminiscent of prog-rock bands like Yes. Seriously, check it out!

The gameplay works from an isometric viewpoint which was used in other games like R.C. Pro-Am, Marble Madness, and Snake Rattle N’ Roll. But in Solstice, it’s much more faux 3D awkward than those games. Something I’ve never seen mentioned anywhere is that the game is MUCH easier if you hold the controller sideways so that left is now up and up is now right. I think we read about it in Nintendo Power because there’s no way we would’ve figured that out on our own. It sounds as weird now as it did in 1990, but for me it only adds to the unique appeal of the game.

The graphics are pretty simple but well executed. Everything looks dark and surreal, from the caves to the gardens to these weird colorful crystal rooms. Think settings in the movie Labyrinth mixed with an almost 3D version of Legend of Zelda and you’ve got it.

The enemies are really sinister looking (by 8-bit standards at least) and I found them really terrifying as a kid. Some of that fear is because you can’t attack any of them — just avoid. The other scary aspect of Solstice is that when you die your body dissolves, your clothes melt to the floor, and you’re met with the harrowing sound of this awful high-pitched scream. It’s pretty bone chilling when you’re eight years old.

Alright, so you don’t have any weapons but you can run and jump, thus it’s all about avoiding enemies and pitfalls in order to win. You also have access to four potions, which do everything from freezing enemies to making you invincible. Unfortunately, they only last for one screen at a time and as soon as you leave a room they respawn, so don’t expect these things to solve all your problems. I can never remember which one does which, and since their use is limited, I honestly forget all about them.

The level design in the game is a huge confusing maze. If you ask people who played Metroid in the 80’s they’ll tell you all about the intricate maps they made so they knew where to go, and for sure Solstice requires a similar level of dedication. Also like Metroid, there’s no save system, but there’s also no password system. You can find continue credits and extra men laying around that can extend your playthrough, but Solstice is a huge and very challenging game. I can see how if you were unfamiliar with it and had the option to play thousands of other more accessible games instead, it’d be hard to get into. Trust me though — it’s worth it.

Solstice is one of the coolest and most interesting games on the NES. Although, I understand why people get frustrated with this game. It’s awkward controls, the sprawling levels, and the high difficulty hardly makes it an easy pick up and play. Just think of the bright side though, every time you get a game over, you get to rock out again to that sweet sweet jammer at the title screen! BONUS!