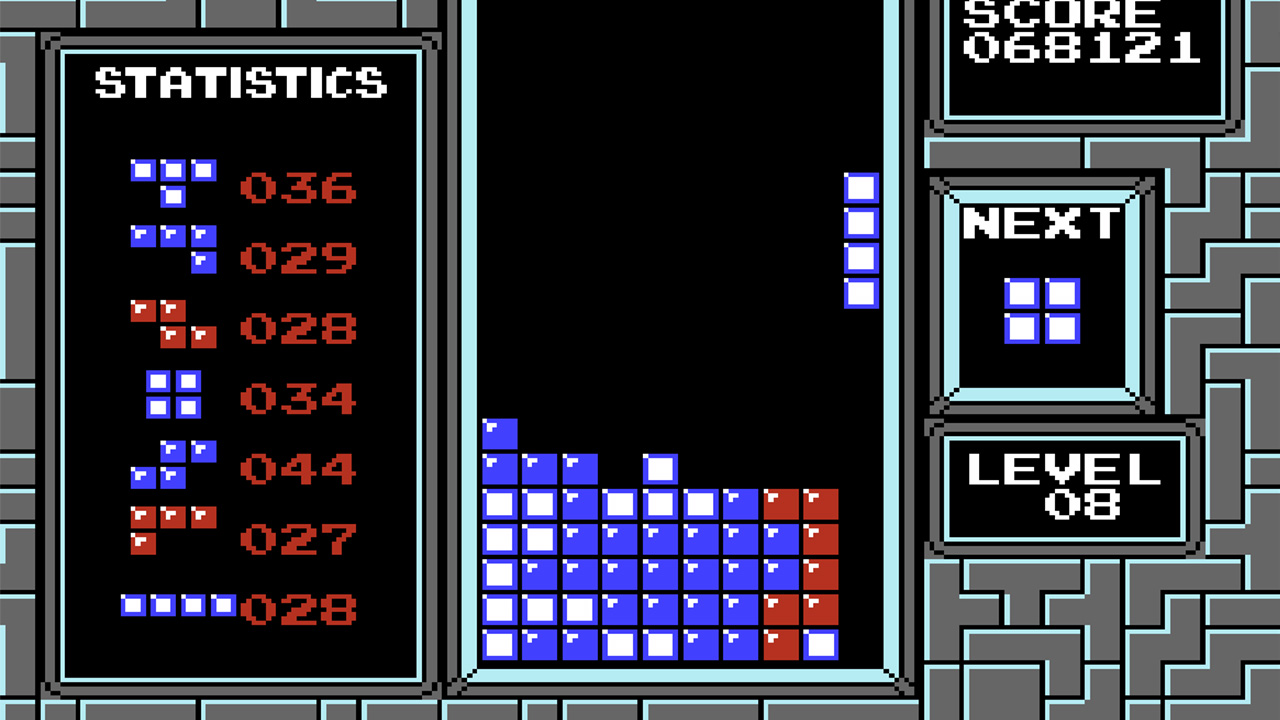 You might think you know how to play NES Tetris. After all, how difficult could a classic Nintendo game be? But it’s unlikely that you can play NES Tetris like a pro.

NES Tetris is getting more popular as people discover the Classic Tetris World Championship, which showcases the high skill ceiling of our favorite retro puzzle game. As you progress through the levels in NES Tetris, the pieces fall faster and faster, making the game incredibly difficult (and engaging) even for advanced players.

This old game was so engaging that a community of dedicated NES Tetris players began to develop. And fortunately, the NES Tetris veterans discovered several tips and tricks that you can start learning right away if you’re only a beginner but want to play like the pros.

Here’s a beginner’s guide on how to play NES Tetris like a pro.

Stack your pieces on the left side

In the higher levels, every frame counts, and it takes longer for pieces to reach the left side of the screen than the right side. So if you want to make a clutch tetris (which means to clear four lines), then your best chance is if you have your stack on the left side with an open well on the right side for a long piece.

Here’s a video as an example:

Take note that they are stacking their pieces on the left side so they can quickly drop pieces into a right-side well, which is especially critical on the extremely fast level 19.

Rotate your pieces with both buttons 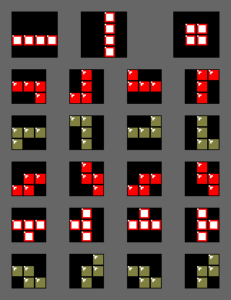 If you’ve casually played modern versions of Tetris before, you might be used to rotating pieces with only one button. However, classic Tetris isn’t as forgiving as modern Tetris. Once a piece lands, it’s instantly locked in place. Additionally, pieces in higher levels fall extremely fast. There just isn’t enough time to rotate with only one button.

So how can you learn how to rotate with both buttons? One might say that practice makes perfect, which is definitely true, but I found that studying the rotation chart is also extremely helpful. After studying this chart, try mentally visualizing how the pieces rotate.

Challenge yourself with higher difficulty

This tip should be common sense, but it’s important to keep in mind. If you want to get good at anything, you’ll need to keep pushing yourself with harder challenges. Try playing levels that you have trouble getting through.

NES Tetris is random. Unlike modern versions of Tetris, which have a “bag of 7” system to minimize randomness, you can play NES Tetris for long periods of time without getting a long piece. Such a phenomon is called a “draught.”

The best way to combat draughts is by learning how to mill. It’s a hard concept to explain on its own, so consider this example.

If your stack has multiple deep wells, it’s going to be hard to find a place for every piece that comes your way. If you keep your stack as flat as possible, you’ll be able to accommodate any pesky block.

Play on a CRT

Modern LED and LCD TVs are fine for most video games, but the inherent input lag on modern displays makes Tetris hard to play at high levels. Level 19 is already extremely hard on a CRT TV, but it’s completely unplayable on a modern display. You don’t need anything fancy — you can just pick up a cheap consumer CRT TV. Check out our CRT guide for a more detailed explanation on the types of CRTs you can pick up.

Learn how to utilize DAS

DAS, or delayed auto shift, is perhaps the most difficult NES Tetris mechanic for beginners. For a more in-depth explanation, I recommend reading Hard Drop’s wiki page for DAS, but I’ll give a brief explanation.

You might have noticed that your Tetris piece shifts to the left or right faster if you hold down the left or right button. At first, your piece shifts slowly before shifting very quickly. That’s delayed auto shift. But there are a couple of techniques to charge the DAS, which lets you shift pieces at full speed as soon as they begin dropping.

This is especially important at very high levels because the pieces drop so fast. Without a charged DAS, it’s incredibly difficult to move falling pieces left and right before they are dropped and locked into place. Charging your DAS helps fix that.

A good trick to charge your DAS is with a DAS wall charge (and here’s a video explanation). If you press right or left into a wall or another Tetris piece, you’ll instantly charge your DAS to the maximum charge, which will carry over to the next falling piece.