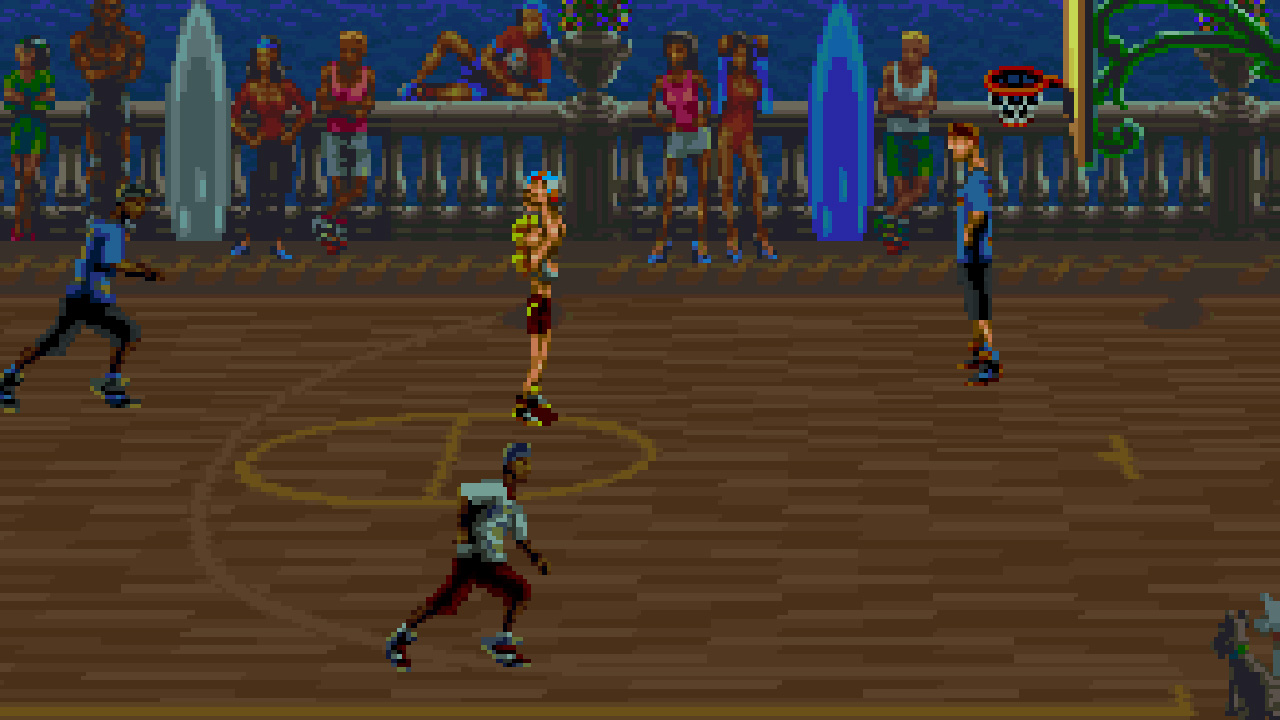 In the era of arguably the best basketball video game of all time, NBA Jam, the doors were opened for a bevy of knock-off games featuring edgy no-holds-barred gameplay and silly over-the-top animation. The greatest (and worst) of these knock-offs is by far Rap Jam: Volume One on the SNES.

At the time, Rap Jam: Volume One stood out from the crowd for one reason: it featured real rappers playing basketball. Coolio, Warren G, Queen Latifa and more were all playable characters. So if your dream 2 v 2 is the DJs from Onyx, Naughty by Nature, Public Enemy, and House of Pain going at it, you’ve come to the right place.

So anyway, you pick your team and then it’s on to some street style basketball. Presumably taking place in a pre-fame world for all these musicians, the prize for winning the tournament is $500 and an appearance in a rap video. What a deal! Finally a chance for LL Cool J to gain some exposure! 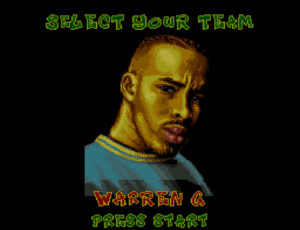 The select screen is by far the best part of the whole game, allowing you to browse through some great 16-bit renderings of these 90’s hip-hop artists. The strangest thing is that regardless of who you pick, on the court they all look EXACTLY THE SAME.

I picked Treach, Chuck D, and Coolio and they were all the same tall light skinned dude with a flipped brim hat on. Even their identical clothes were the same colors! Why include so many celebrity options to choose from and then not design more than three sprites? And why does Queen Latifah look more like a middle school version of Jennifer Lopez?

Alright, so this game is not off to the greatest start with the character designs, but it’s still a basketball game. How different can this be from games like NBA Live?

Well, let’s go over the controls:

So yeah, the controls are pretty awful. Not broken, but super awkward, confusing, and usually ineffectual.

The game itself is as bland as you’re expecting. There’s only a handful of courts to play on, no music, and three sound effects: the ball bouncing, someone saying “YEAH!” when the ball goes in, and an intermittent cooing that’s supposed to be either the wind blowing or the hush of a crowd that quiets itself every 3 seconds. 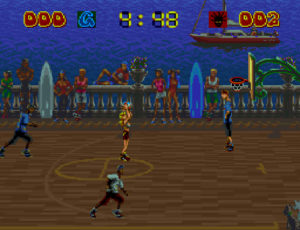 The computer AI is the true icing on the cake. You can make your CPU teammates pass the ball, but otherwise you have no control over them. When you have the ball, they stand stationary in the corner, fully guarded from any pass. The opposing team’s AI is completely dominant except if you jump or pump fake, which makes them just stare at you like you’re ruining the game of basketball. Sorry bud, that’s Rap Jam: Volume One’s job!

Overall, yeah it’s terrible, which is a real bummer. I was genuinely excited to play as some of my… well not favorite rappers, but at least rappers I like! It’s a cool idea regardless.

That being said, it’s definitely a good thing that this was the first and only volume in the Rap Jam series. I don’t think my heart could handle the Mortal Kombat knock-off sequel where each rapper gets their own signature “fatality” command.