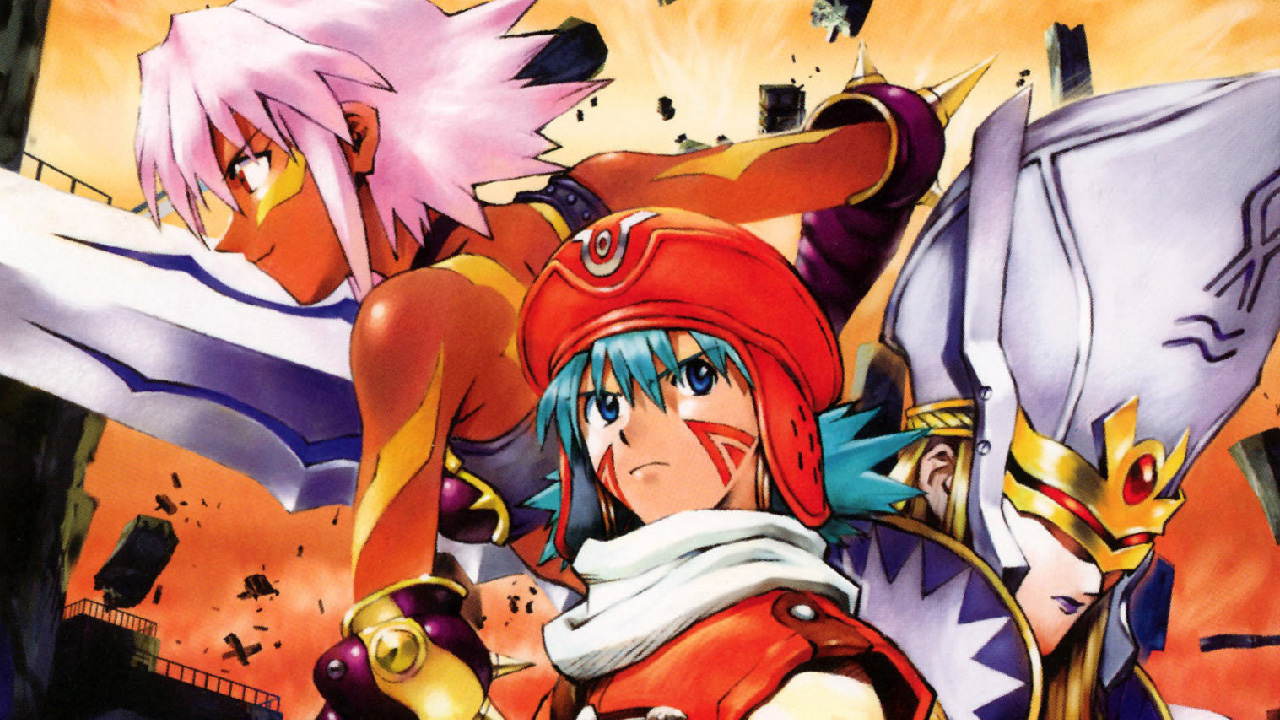 Project Dot Hack was an interesting multi-focus experiment by Bandai during the PS2 era that generated a series of games, multiple animes, novels, manga and more. Long before Americans raved about interconnected stories and cinematic universes, Bandai was trying that exact thing with Project Dot Hack.

At the same time the quartet of games, Infection, Mutation, Outbreak, and Quarantine, released in America, an anime prequel series, Dot Hack Sign, was airing on Cartoon Network. Additionally, manga and translated light novels were published by Toyko Pop. Given the complex and at times esoteric plotlines, it’s really amazing that so much of the Dot Hack Franchise was brought to the states and had the success that it did.

Each Dot Hack game was packaged with a DVD that included an episode of the Dot Hack Liminality, an OVA which takes place concurrently with the events of IMOQ.

With an interesting plot, a unique premise, and stylish visuals, anime hungry pre-teens like me ate up the Dot Hack series.

Dot Hack Infection, Mutation, Outbreak, and Quarantine are action-RPGs similar to Kingdom Hearts. Players deal damage to monsters by pressing the action button when nearby. They select items and spells by opening up a menu, which pauses the game. Players can also issue commands to their AI party members via a similar in-game menu.

This real-time combat structure forms the basis of the Dot Hack series. There is no major difference in gameplay between each iteration of the game. But that’s not a negative — the gameplay just works and surprisingly doesn’t get boring. Even in 2020, the gameplay is a fun combo of light-strategy and button mashing.

Each game progresses by interacting with characters, obtaining clues, and visiting locations and dungeons. This progression is mostly straight forward, with the occasional side mission to meet a bonus character or obtain a bonus item.

Occasionally the player has to collect Virus Cores to unlock new fields, and this can cause periods of time where the player may have to grind and backtrack to obtain these items.

Between each Chapter, The World (the game-within-a-game) is updated to add more mini-game features. Players successively gain the ability to feed, raise, and then later ride a small cow-like creature called a Grunty.

As Dot Hack is a simulated MMORPG, there is an emphasis on item collecting and equipment. Spells are controlled by equipped items, so balancing the trade off between stat losses and spell gains among the player and your allies adds a layer of planning and strategy.  Missing spells can be subsidized by one-time-use scrolls, which act to cast the spell. Though, I almost always sold these to buy additional healing items.

I played this series on my CRT through S Video and each game looked crisp. Visually, the game’s anime-influenced art style is effective and still attractive to this day. In the later games, as the network infection spreads, the visual effects of “corruption” are impressive and likewise convincing. Character, monster, world design are also highlights, drawing from both Japanese and Western inspirations to create some truly memorable, mysterious, and sometimes morbid imagery.

Another aspect where the series excels is in it’s presentation. To further immerse you in the faux-MMORPG experience, the game always first boots you into your own PC’s desktop, where you can read emails from other characters, view unlockables, and of course sign into The World. That’s right, you have to boot into the actual game from the simulated desktop.

The music for the series isn’t frequently held up for praise, but that doesn’t mean that the music is bad. Far from it. I’ve complained about RPG music before on this blog, but the Dot Hack games have a decent and varied, if sometimes forgettable, soundtrack.

The light and airy tracks featuring strings and acoustic instruments work well in the pseudo-European Root Towns, while more atmospheric and electronic tracks are used to convey the dangers of Fields and Dungeons.

Personally, the music evoked a lot of nostalgia in me from my pre-teen bedroom gaming sessions.

This is seriously where Dot Hack becomes make or break. If you’re like me and enjoy complicated, convoluted plotlines where Western esotericism is filtered through a Japanese lens and then sold back to the West, you’re going to love Dot Hack. Think weird like Neon Genesis Evangelion or Akira.

Without going too far into the story, it essentially revolves around the player character’s quest to save their friend, who fell into a coma while playing The World. In order to do so, the player must resolve a deeper mystery hidden within the game. As the plot unfolds we meet hackers, philosophers, artificial intelligences, dead poets, malicious programs, and characters of all personality types and backgrounds.

Along with direct interaction between characters, the narrative is advanced through posts on the message board and emails between the player and other characters. There’s even a News feature on the desktop which can fill you in on what happened prior to Dot Hack’s 2007— 5 years in the future when these games released.

The large cast of characters makes your online adventure feel almost real. Individual arcs are introduced and resolved across discs and we really get to know many of the characters through email. Content varies widely, from sushi and comedy to dating advice and time travel.

Whether intentional or not, Infection, Outbreak, Mutation, and Quarantine makes an interesting statement on the duality of personality and identity. Some characters choose to act as their “real-world” selfs, while some adopt personas exclusive to the game world. Others may not be “real” at all.

A final note: there’s no whatthefuck ending like Evangelion. The plot goes where you think it will. The good guys win. Sure, there are head scratching moments, but if you follow along, read the emails and the stuff on the message board, and maybe watch the OVA that came with the games, the puzzle pieces all fit together. There’s even an Epilogue, which tacks a few hours of bonus content on to extend the fun.

Each Dot Hack game is roughly a 18-24 hour game, depending on how much grinding and extras you want to explore. It took me 2 weeks of casual playing after work and on weekends to complete it and I really enjoyed every moment of it. If you’re looking for a new fictional universe to explore, consider diving into Dot Hack. You might end up like me — ordering the novels and manga online, downloading the anime, and binging nonstop. At the minimum, you’ll find a fun action RPG.

While Infection can still be had at a fairly reasonable price, unfortunately Mutation, Outbreak and Quarantine have climbed in price in collector’s markets, so be prepared to shell out some dough. You’ll spend even more if you want a copy that’s complete with the Liminality DVD. Again, for legal reasons, Wackoid.com does not encourage piracy, but PS2 emulators are plentiful and ISOs of the games are equally easy to find.

However you decide to play them, the Dot Hack Quartet are truly unique action RPGs that are still exclusive to the PS2!