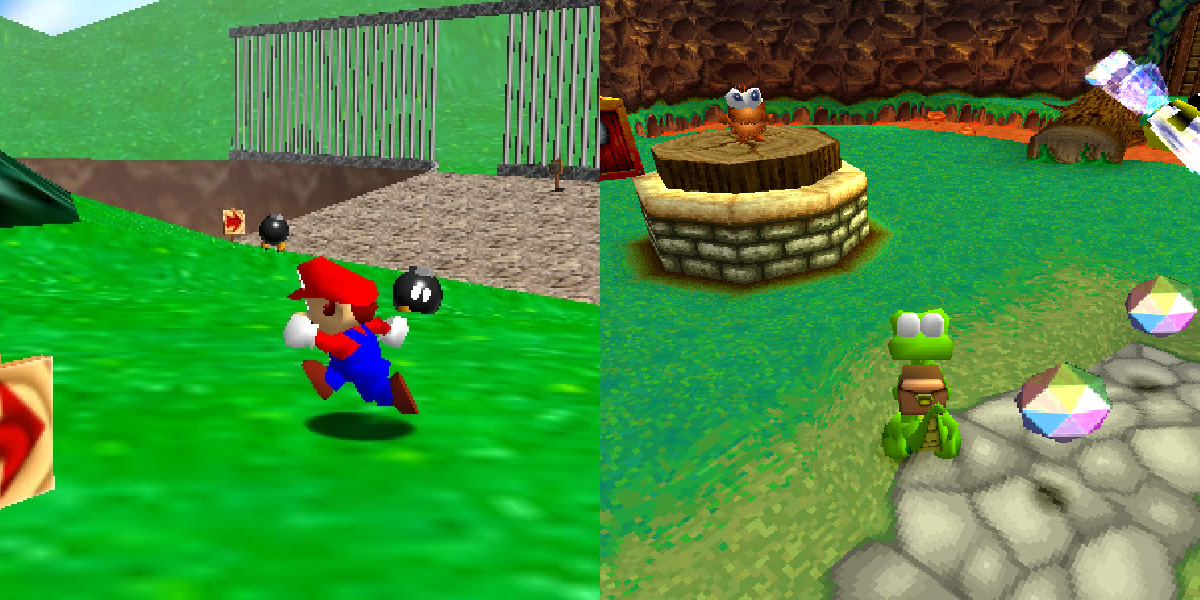 The Nintendo 64 was late to the fifth generation of video game consoles, but it was released alongside Super Mario 64, which is widely considered to be the pioneer of 3D platforming. But was the idea behind Super Mario 64 stolen by Nintendo?

There isn’t a whole lot more that can be said about Super Mario 64 — it’s a brilliant game even today.

However, Super Mario 64 wouldn’t have been possible without the advancements in 3D video game technology made by Argonaut Games, the studio that developed the Super FX chip that made games like Star Fox possible on the Super Nintendo.

But Argonaut Games wasn’t done with 3D technology yet. According to a 2013 interview with Argonaut founder Jez San, the team pitched an idea for the world’s first 3D platformer to Nintendo.

“The end came when we pitched to do a 3D platform game, the likes of which had never been done before. We mocked up a prototype using Yoshi. It was essentially the world’s first 3D platform game and was obviously a big risk,” San said.

But unfortunately, Nintendo rejected the pitch.

“Nintendo had never let an outside company use their characters before, and weren’t about to, either. This is the moment the deal fell apart. We later made that game into Croc: Legend of the Gobbos for the PlayStation, Saturn and PC, which became our biggest ever game in terms of sales and also in royalties, since we owned the IP.”

“Miyamoto-san went on to make Mario 64, which had the look and feel of our Yoshi game — but with the Mario character, of course — and beat Croc to market by around a year,” San said.

“Miyamoto-san came up to me at a show afterwards and apologized for not doing the Yoshi game with us and thanked us for the idea to do a 3D platform game. He also said that we would make enough royalties from our existing deal to make up for it. That felt hollow to me, as I’m of the opinion that Nintendo ended our agreement without fully realizing it.”

San seems to be insinuating that the early prototype for Croc, which was a Yoshi game at first, was rejected so Nintendo could create a first-party Mario game instead. In other words, Super Mario 64 might have been a stolen idea.

This claim isn’t without evidence — there is still some semblance of Yoshi found within Croc. Other than the fact that they are both green reptiles, there is a glitch in the PlayStation version of Croc that allows the player to hover in the air momentarily after jumping.

If you’re familiar with Yoshi, you know that the character has a “hovering” mechanic after jumping as well. It’s rumored that this mechanic was originally meant for Yoshi, and accidentally left in the final version of Croc.

However, this Croc origin story seems to be incomplete. Argonaut developers had also claimed that Croc was originally meant to be “Yoshi Racing,” which contradicts San’s claim that the game was meant to be a 3D platformer.

It’s not quite clear how much of the Croc prototype “inspired” Super Mario 64, but we do know that the relationship between Argonaut Games and Nintendo soured after Nintendo rejected a potential Yoshi game.