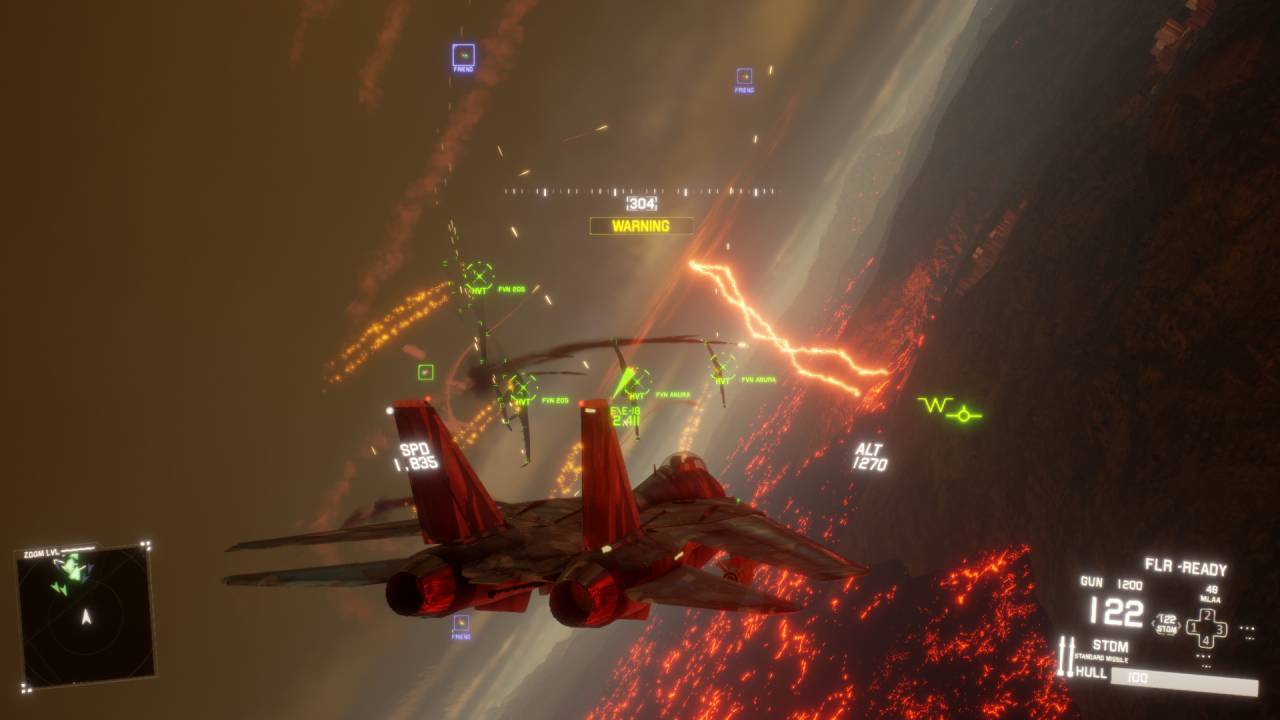 The gameplay is fantastic, there’s really no daylight between how Ace Combat 7 handles and Project Wingman. Missiles are more generous and you’re no longer limited to just one special weapon, but beyond these few tweaks the core gameplay is essentially the same. For fans of AC7, that’s a huge win. It’s the thing I loved most about Project Wingman. I picked the game up, spent 5 minutes adjusting some controls, and I was flying just like any Bandai-Namco game.

As a console gamer, I don’t invest heavily in my rig so I have a stock, mid-tier PC. But I was able to run this game without issue. There was some screen-tearing, but enabling V-sync resolved that easily. Once everything was sorted, I was able to appreciate the graphics and really enjoy myself. For an indie game, it’s truly beautiful.

The lack of real-world planes is disappointing, but the facsimiles are sufficient. I was easily able to find my SU-37 alternative. As a crowdfunded indie game with a single developer I understand that chasing down Lockheed Martin to use their planes would be a waste of effort and crowdfunder money. Plus, no arcade flight sim is complete without the fictional super-planes!

The world-building in Project Wingman is effective as well. Some of the early, catch-you-up-to-speed dialogue felt forced, but as the game progresses the history and universe is introduced successfully. For example, the references to the Dust Mother alludes to a religion or belief system that’s not elaborated on, and mission dialogue references nations not directly involved in the conflict.

The main narrative itself, the story of Hitman Squadron and Monarch, is revealed mission after mission. There are some twists, some powerful moments, and some ace rivalry like any good flight sim, but overall the plot is par for the course. The ending might shock you, though.

Taking another queue from Ace Combat, there’s clearly a focus and emphasis on the music in this game. Ranging from bombastic to somber, to rocking, the music is expertly composed. The Project Wingman soundtrack is rife with motifs that reappear in different situations. This was used to great effect in AC7, and accomplishes the same here. You really get the sense that you’re fighting for something meaningful when that melody kicks in.

Overall, I really recommend this game. Currently sitting around $24.99 on Steam, Project Wingman is appropriately priced for the action and adventure you’re going to get. Even more if you’re the type to grind through every difficulty. I recommend this for anyone who’s a fan of arcade flight sims or the Ace Combat franchise. Here’s hoping for a sequel!