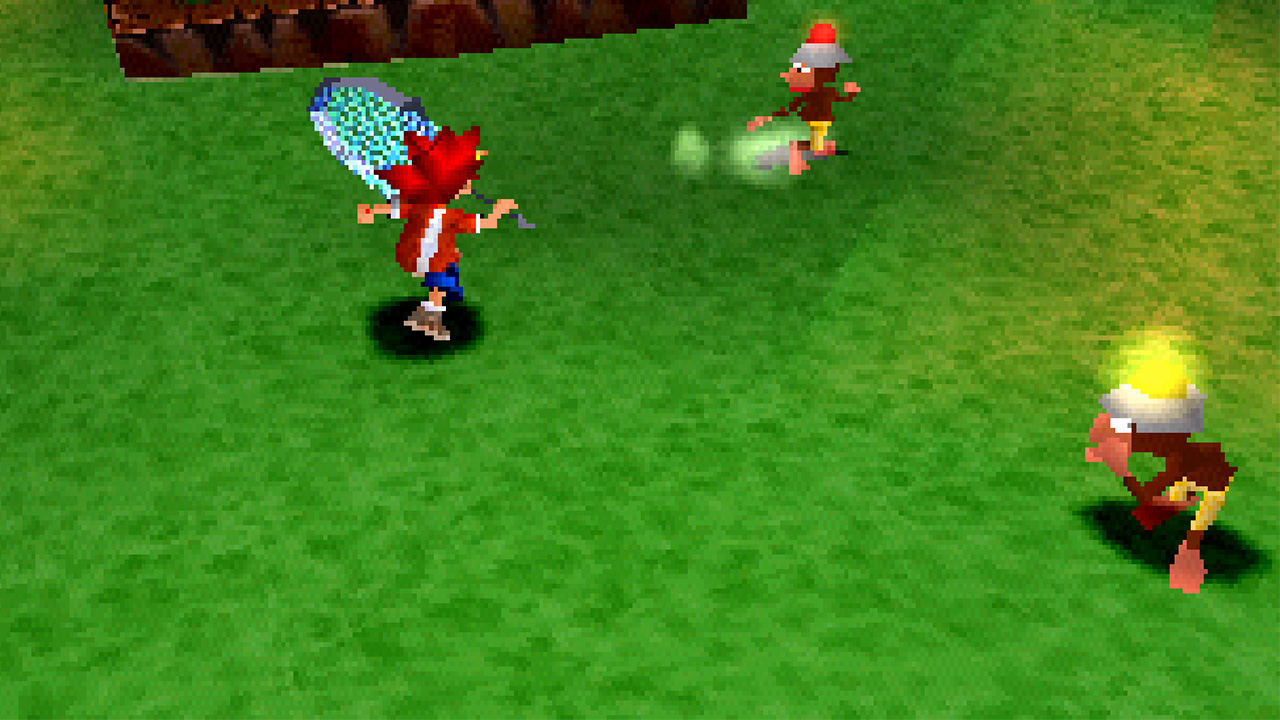 Ape Escape is better than every 3D platformer of its time by almost every measure, and that includes video game giants like Super Mario 64 and Spyro the Dragon.

Ape Escape was released in 1999 for the PlayStation, and by the time this game was released, we’ve already seen plenty of great 3D platformers like the aforementioned Mario and Spyro games.

Yes, I get it — Super Mario 64 was genre-defining and you might have a lot of nostalgia for it. But that doesn’t mean there wasn’t a lot to improve on, and Ape Escape definitely accomplished that by shaking up the formula.

But before we get into why I believe Ape Escape was the best 3D platformer of its time, let’s take a look at what critics of the time thought.

“Ape Escape is the best 3D platform game on the PlayStation. Hands down. It’s not only innovative, it digs deep into the analog control’s inherent movements and brings out a breadth of fantastic gameplay elements that are unique to the game,” IGN’s Doug Perry wrote.

Ape Escape adds another layer of mobility with the use of both analog controls. If you’re not familiar with the controls, it’s a bit hard to explain. As you’re running around, you can also control your weapons and gadgets with the right analog stick. You can “attack” with the analog stick in every direction, which allows the player to spin as well.

To put it simply, Ape Escape had a feeling of agility that wasn’t implemented in any games before it. The Nintendo 64 controller was limited to one analog stick and most PlayStation developers didn’t want alienate gamers who didn’t have a DualShock Analog Controller, which was released a couple years after the console’s launch.

But Ape Escape wasn’t all about being agile — it was also a collect-a-thon! Your goal is to collect monkeys that are running amok.

Unlike other collect-a-thon games, you need to really work for the collectables. The monkeys can have different personalities and stats, which means that you’ll need to strategize differently to collect each monkey.

Throughout the game, you’ll earn the ability to use more gadgets to help you catch more challenging monkeys. You start out with your trusty stun club and time net. Eventually, you’ll also have slingshot, a monkey radar, a super hoop, and an RC car in your arsenal.

Because the monkeys are quick and extremely alert, it’s very rewarding when you finally catch them. It’s also fun to look back at the monkey data and read about each monkey’s personality.

The cherry on top of this fantastic game is the amazing soundtrack. The music was put together by Japanese composer Soichi Terada, who was heavily influenced by electronic house music.

If you haven’t given Ape Escape a fair chance yet, you’re missing out.