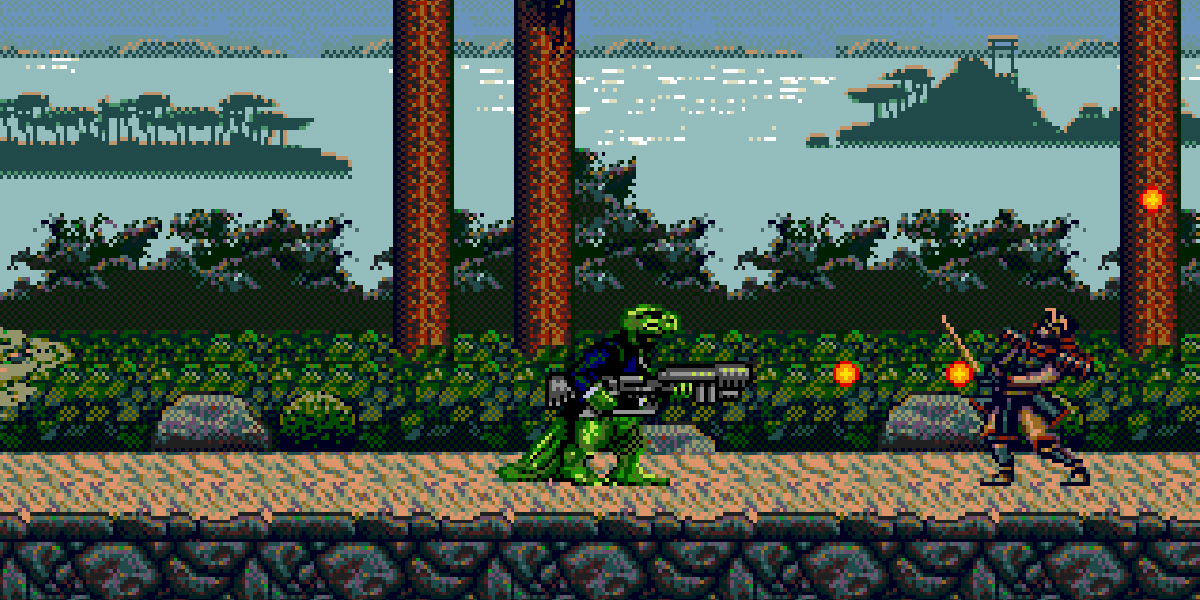 Dinosaurs for Hire is commonly described as a Contra clone for the Sega Genesis, and that’s not entirely off the mark. After all, it’s a run-and-gun game with dinosaurs — how unique could this game be?

However, Dinosaurs for Hire offers a different experience than Contra and many other run-and-gun games at the time.

I was pleasantly surprised when I popped this game in my Sega Genesis and saw that there was an options screen. Unlike other run-and-gun games, Dinosaurs for Hire has a difficulty level and you can set your continues.

These options seem like sensible additions to a modern gamer, but they were often excluded from early run-and-gun games.

Dinosaurs for Hire also has a health bar, which means you won’t die and have to restart the level after being hit once, which makes the game forgiving.

However, the game is balanced around the health bar, which means there are plenty of enemies flying toward you.

The game is based on the comic written by Tom Mason. And fortunately, you have your choice of three different dinosaurs from the comics. The bad news is that they all play pretty much the same way.

If you have any friends who like forgotten Sega Genesis games, you can each play a different dinosaur in the 2-player mode.

However, the bosses are far from small. You can shoot through most levels like a breeze, but the bosses could easily kick your ass. If you learn their patterns, you’ll be able to make through.

Dinosaurs for Hire has some cool gameplay elements, and the concept of playing as a dinosaur with a gun is cool. However, the appeal of playing as an armed dinosaur is overshadowed by the fact that the game is pretty mediocre in the parts that matter most.

But It’s a Mediocre Experience

Every character has the same weapon and there isn’t any variety in power-ups. In games like Contra, you can get different guns with unique projectiles, but it’s not like that in Dinosaurs for Hire. The power-ups only increase your bullet size and spread.

The game doesn’t control very well either. It often feels like the dinosaurs are awkwardly large compared to the environment and the jumps don’t feel quite right.

As mentioned before, the enemies are incredibly small, and there isn’t a proper way to shoot directly below you, which wouldn’t be a problem if the enemies weren’t small.

The enemies also aren’t very detailed, and the same goes for most of the game. Besides the characters and the bosses, everything else in the game is rather bland.

Even the soundtrack is extremely bland. The music isn’t half bad when you first start playing, but it gets boring and repetitive really fast. There is almost no diversity in the music and the tracks fail to stand out on their own.

In a game like Contra: Hard Corps, which is also on the Sega Genesis, there is fast-paced action, tons of explosions, and stunning artwork. All of that is absent in Dinosaurs for Hire.

If you’re looking for a casual run-and-gun experience, Dinosaurs for Hire can be a comfy playthrough. But don’t expect a stunning product. 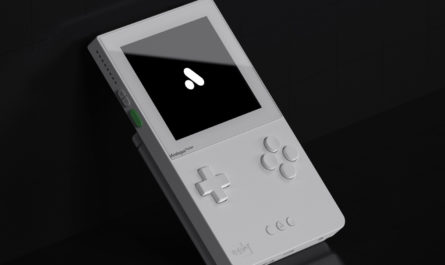