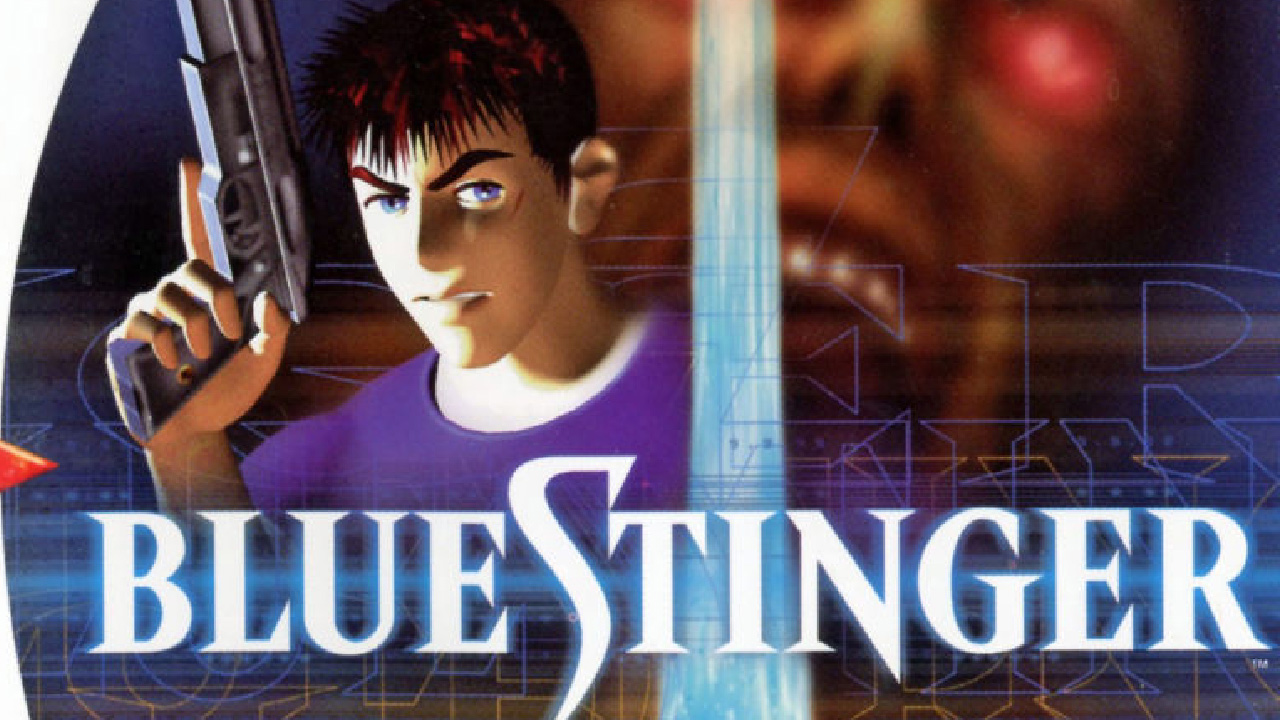 Blue Stinger was a launch title for the SEGA Dreamcast that gave early adopters of SEGA’s swan-song console a scary, spooky, and ultimately silly experience. I played a few hours of this game on my DCDigital modded Dreamcast at 1080p and wasn’t much enticed to play further.

As a launch release, Blue Stinger has that early Dreamcast/Naomi 3D look to it. It’s hard to put a pin on it, but if you’ve seen early Dreamcast games or had any experience with SEGA arcade equipment from this generation then you’ll know what I mean.

It’s not a bad visual style — just unique. There’s no doubt that Blue Stinger was a good looking game in 1999, especially when looking back at the Playstation-era the Dreamcast just succeeded.

This game is billed as an action/horror game, but it’s really just an action game with a spooky-sci-fi wash. Ultimately, Blue Stinger is a game that I really wanted to like. It has everything a B-movie gem should have: bad voice acting, weird plot, dumb characters, grotesques monsters.

However, when it was all said and done you just have a game that is ultimately less than the sum of its parts.

Something is just not quite right with the sound design in this game as well. The limited soundtrack is loud while the dialogue is almost inaudible (this is actually something I notice a lot in late 90s video games). You’re not missing much in terms of story, but you’re sure as hell missing it.

Lastly, I’ve never played a survival horror game where I actively disliked the characters. Eliot, the main character, is obnoxious and just an all-around dick. Perhaps he has a change of heart later in the game, but I’ll probably never know.

Overall, my first impression of Blue Stinger is a modest 5/10. It was fun to try out — until it wasn’t. For collectors, Blue Stinger is reasonably priced at around $25. But if you’re looking for a good survival horror romp on the Dreamcast, you can do much, much better.