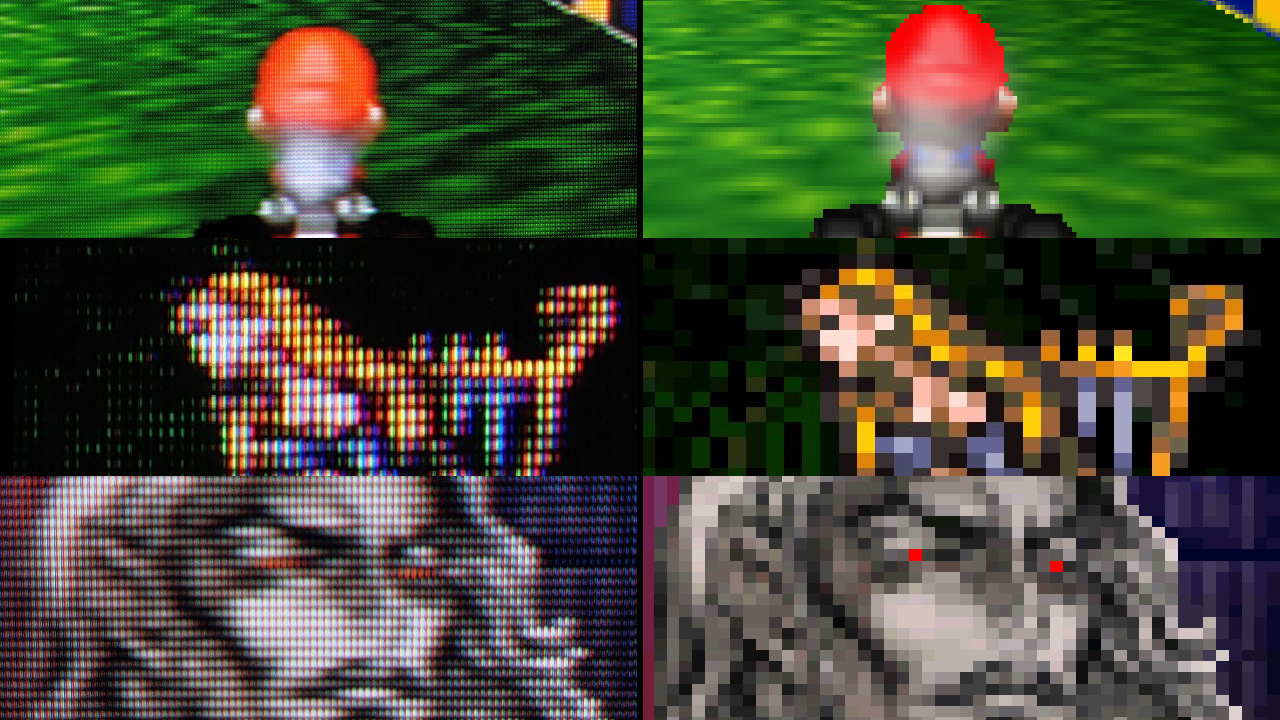 Nobody can argue against the convenience that comes with playing retro video games with emulators, but there are some retro gamers who swear by playing video games on an old-school CRT TV.

So why are CRT TVs better for gaming? There’s a technical argument to be made. For example, CRT TVs offer less input lag. But there’s also an argument to be made about how great classic games actually look on old school TVs, despite their low resolution. You can judge for yourself after checking out these 10 comparisons.

A common thread throughout these comparisons is how CRT TVs smooth out the sharp pixel edges and blend everything together nicely. This couldn’t be more obvious in this Mario Kart 64 example. The sharp pixels on modern LCD and LED displays make the 2D kart sprites stick out even more than they did in 1996.

On modern displays, the brilliant pixel art in Final Fantasy 6 looks blocky and jumbled, but a CRT displays the art as it was meant to be seen. Look at how the colors on Siren’s skin blends together nicely.

Dracula In Castlevania: Symphony of the Night – Sharp Pixels vs. Sony KV-13M51

Dracula’s features are lost in the sharp pixels, especially along the brow and eyes. Also notice how the red in Dracula’s eyes have an ominous glow on a CRT, whereas the eyes are represented by two awkward red dots on modern technology.

This Mega Man 2 example highlights how water effects don’t translate well on modern technology. But on a CRT, the water actually looks like water.

The most striking differences in this example can be found in the hair and skin color. While the sprites don’t look bad on a modern display, it’s understandable why many people would prefer the CRT.

While the sprites in Mario games aren’t very detailed to begin with, you can see how Peach’s dress looks much more like a dress on a CRT instead of a blob of pixels.

The fog/mist in this example looks too sharp and blocky on LCD and LED displays. On a CRT, it looks more hazy and cloudy.

If you were playing Streets of Rage 2 on an LCD display, you might mistakenly believe that Blaze has some sort of skin condition. On a CRT, the shading on the skin just looks much better.

Richter in Castlevania: Symphony of the Night – Sharp Pixels vs. Sony KV-13M51

This example from Castlevania: Symphony of the Night is much like the earlier example with Dracula. The details on Richter’s face look better on a CRT.