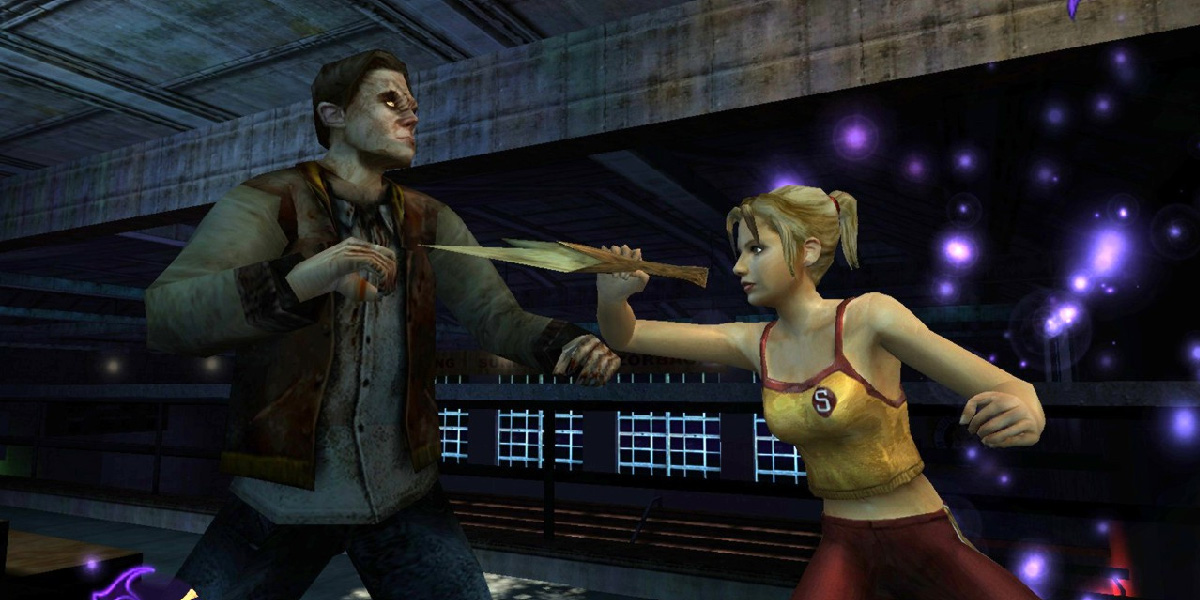 As a 90’s kid currently stuck in the trappings of adult life, escaping into my childhood is a regular practice in self-care. As a part of this escapism, my partner and I have recently been rewatching Buffy the Vampire Slayer on Hulu. Coincidentally, a few weeks back I saw someone selling this Xbox exclusive in a retro-group and had to snag it.

After consulting my Buffy lore sources I wager that Buffy the Vampire Slayer (Xbox) is set sometime in the middle of the 3rd season. This is, personally, the high point of the show.

The Xbox version of Buffy the Vampire Slayer feels just like an episode of the show too. The game’s attract mode even includes the theme song.

Almost everyone appears to voice their respective character and likenesses, except Sarah Michelle Geller, despite appearing on the cover. The sound-alike does a great job though and combined with everyone else, it’s convincing. Aside from the theme song, the game’s music ranges from spooky to electro.

I was pretty impressed with the graphics until I remember that Dead or Alive 3 came out for the same console a year prior. But maybe that’s not a fair comparison. Either way, the game’s graphics certainly aren’t subpar for the era.

As a beat ‘em up, Buffy doesn’t reinvent the wheel. You’ve got your punches, kicks, and various weapons you’d expect the Slayer to have. Players will find it fun to finish off a vampire with a stake to the chest, but after around the 300th time, slaying loses its charm.

The real selling point here is the fan service. There are callbacks to earlier episodes and villains, and there are dedicated moments in the library for players to talk to the gang and hear their quips. Knowingly or not, the developers definitely paid attention to the details fans would look for.

As far as TV tie-in games go, Buffy the Vampire Slayer knocks it out of the park. As far as video games go, Buffy is a decidedly average experience. I had fun, and you probably would too. But it’s not a unique or terribly memorable game.

I recommend this game if you’re a fan of Buffy the Vampire Slayer, looking for Xbox exclusives, or can find the game for under $15.