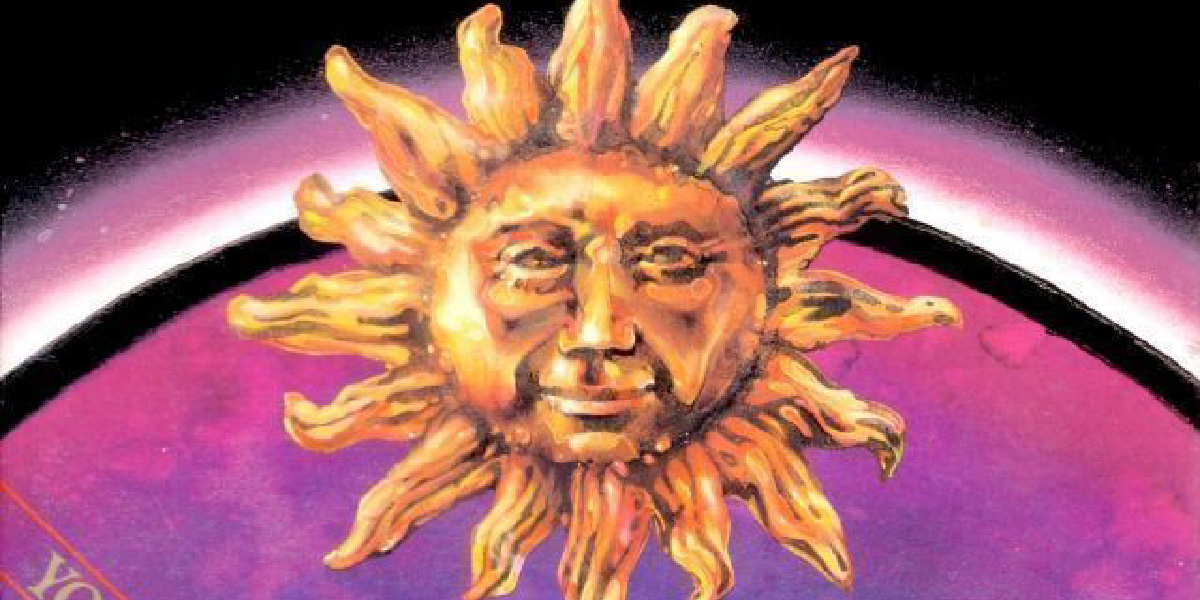 Are you bold enough to learn the secrets of Taboo the Sixth Sense? Let’s pull back the curtain on this fantastic anomaly of an NES game.

The start screen is simple enough. There’s the words “Taboo the Sixth Sense” (with a skull in the second “o”) and a giant detailed sun that I swear was on a shower curtain I had in middle school. If you don’t press any buttons, the screen cycles back and forth between the sun screen and a bunch of ominous images associated with the tarot: the hermit, a woman riding a lion, the scales, water pouring, etc. I’ve been watching it for 5 minutes and I haven’t seen the same tarot image twice. This must be where most of the programming data went!

HOLY SHIT! Was that was a naked woman holding an ankh between her breasts?! I’M NOT KIDDING! Can you imagine finding this as an eight year old and watching this demo screen for 10 minutes just so you can get five seconds of 8-bit nudity? Well 30 years later I’m waiting around to see if it comes up again or if my mind hast bespelled me!

Oh man, how did I miss this other image of a naked couple with their backs to you?! The woman has a hand over her butt, but the dude is just roasting cheeks out here. This game is amazing.

So what is Taboo the Sixth Sense, and how do you play? Well, it’s not really a game. It’s basically a simplified tarot reading with some lucky numbers and fortune telling mixed in. You start by entering your name, your birth date, and your sex. I tried to write my birth year — 1982 — but it turns out that it only wanted just the last two numbers. Unlike other selections, you can’t make a mistake here, so the game thinks I was born in 1919. Oh well!

After that, you ask a question. I went with “What should I drink?” since I was thinking of making myself a cocktail while I play this toast to 8-bit ingenuity. The screen goes nuts as soon as you choose your question. There are just tons of vibrating pixels, full screen color changes, and cards shuffling to your seizure’s content! Finally, your answers are revealed.

Each screen displays the image related to the card. For example, my first draw was the “Two of Cups” so there’s a cup with a #2 above it. Along with the image is an explanation of what that means for you. In this example, it says: “your present position is cooperation and agreement.” Cool.

I’m trying to apply these random interpretations to my initial question. I got “The World” and it says “your forth-coming influence is the final goal or outcome despite all else.” So my desire for a drink is my objective and damn everything else? Well it’s 10:30 at night and I wasn’t planning to accomplish much else… so, okay great!

My next card was the “Nine of Cups.” Man, wouldn’t it be great if all my cards were cups except the last one which was something ominous like the death card or the Devil? Like that’s the road my drinking is leading me on?

Anyway, you go through all ten cards and you’ll get different descriptions for each of them as they’re flipped. The music will change after a few picks to this really ominous Wizards and Warriors style track that makes it sound like “OH NO! Not the Six of Coins!” Don’t worry though, it’s not actually a bad thing, I promise. I think the game is just saying I should use more vermouth in my cocktail.

Once your tarot has concluded, you get the “Fortune Numbers” screen which has this totally out of place funky jam that comes on. Rockin! The game will have you select your state, the amount of numbers you can have for a lottery pick, and then how many or few predictions you’d like. My favorite thing about this part is the state select because for some bizarre reason they only included 24 states and three Canadian territories. I live in Georgia, which is not one of the options, so I feel like Taboo is telling me that if you want to have success in life and gambling, you need to move to one of the other places they’ve provided. New Brunswick here I come! 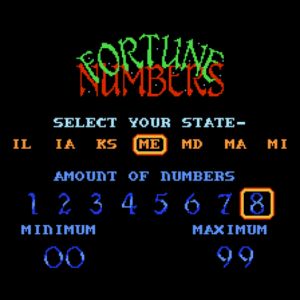 After entering in the information, the game shows you your lucky numbers and… back to the start screen? That’s it? I mean if you can call this a game — which most assuredly it is not — this may be the shortest game ever made. I bet you could speed-run this in maybe 30 seconds.

Apparently this game was marketed for players “14 and older” and was meant to be more of a party game, which I could see. I’ve actually busted it out at parties and its bizarre premise and obtuse answers are always a big hit… for about five minutes.

Honestly, I’m glad Taboo is an NES game because Taboo the Sixth Sense is most definitely the blue ribbon winner in a library full of strange premises and confusing titles. There’s just no other game like it — not even close! I also think this game could be greatly improved simply by limiting the types of questions you can ask to maybe 20 options ranging from love to work to death. That way, instead of using the same broad and confusing Tarot interpretations for every question from “Why do I butt?” to “When is the pee-pee burger?” you could have a greater number of responses that are more specific to the subject of your question. However, since this isn’t the case, Taboo only has a replay value of about two tries before you realize “even if I read into this as much as possible it still wouldn’t be at all relevant.”

Personally, I think it’s amazing that Taboo the Sixth Sense exists at all. With all the Mario’s and Zelda’s and Metroid’s out there, game developers said “bah, that’s kid’s stuff!” and then spent time designing this inane divination game that they saw as the future of interactive gaming. And it must’ve worked because this title is super common. I just can’t imagine what it must’ve been like to spend $50 on this new mystical adult party game and then boot up whatever the hell Taboo is supposed to be. How did people not riot?