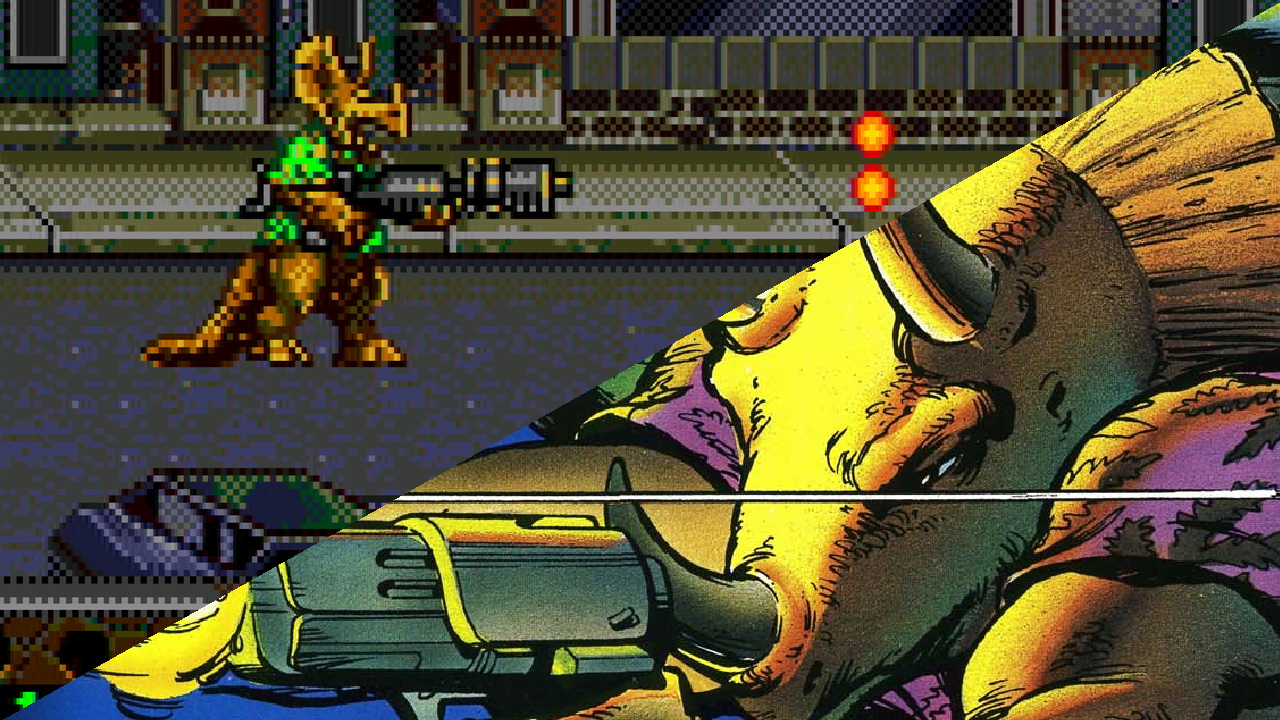 If you grew up with a Sega Genesis, you might have had the chance to play Tom Mason’s Dinosaurs for Hire, a shoot-em-up game featuring dinosaurs with guns.

But if you weren’t as involved with the comics scene, you might have missed that the Sega Genesis game was based on a short-lived comic book series of the same name.

The Dinosaurs for Hire comic book series featured political commentary, suggestive themes, pop culture references, and mature jokes. Even though some of that humor made it into the games, you wouldn’t have the full Dinosaurs for Hire experience without reading the comics.

I contacted Tom Mason, the man behind Dinosaurs for Hire and Co-Founder of Malibu Comics, to ask a few questions and figure out how his somewhat-mature comic book came to life on the Sega Genesis.

Wackoid: How involved were you in the process of bringing Dinosaurs for Hire to the Sega Genesis?

Tom: I was as involved as I wanted to be and as much as I could be. But I also had a full-time job at Malibu Comics, and was writing Dinosaurs For Hire, the comic book, and co-writing Prototype for Malibu’s Ultraverse, so my schedule was crazy. Sega contracted the game out to an independent studio, a game developer in Diamond Bar, CA, so I went down there for an all-day meeting with the designers. Later, they came up to the Malibu offices and I met with them there as well. I saw some stuff, made some suggestions, explained some things, but wasn’t there day-to-day. It was a fairly simple side-scrolling game so there weren’t any hardcore story elements like there are in today’s games.

Wackoid: Why was the game exclusive to the Sega Genesis?

Tom: I guess the easy answer is because Sega optioned the game and had all those rights. It was exclusive to them. It wasn’t like I was able to withhold rights and offer them to Nintendo so Nintendo could make a competing game through another studio.

Wackoid: Have you played the game yourself?

Tom: Oh, tons of times. I played the test versions, and the final versions. I have a copy of the game in my office, but don’t have a Sega machine anymore.

Wackoid: The Dinosaurs for Hire comic has a lot of political humor and sexy women. People might not know this from just playing the game. Why didn’t more of these elements make it into the game?

Tom: Well, the comic was designed for crazy people like myself. The game was toned down because back then, the belief was that games were only for kids, so the content had to reflect that. Fox had also optioned Dinosaurs For Hire for an animated series, and they wanted to tone it down, too. But the show never got out of development and never went forward.

Wackoid: What were your hopes for the game?

Tom: That it would be a big hit, and they’d make more.