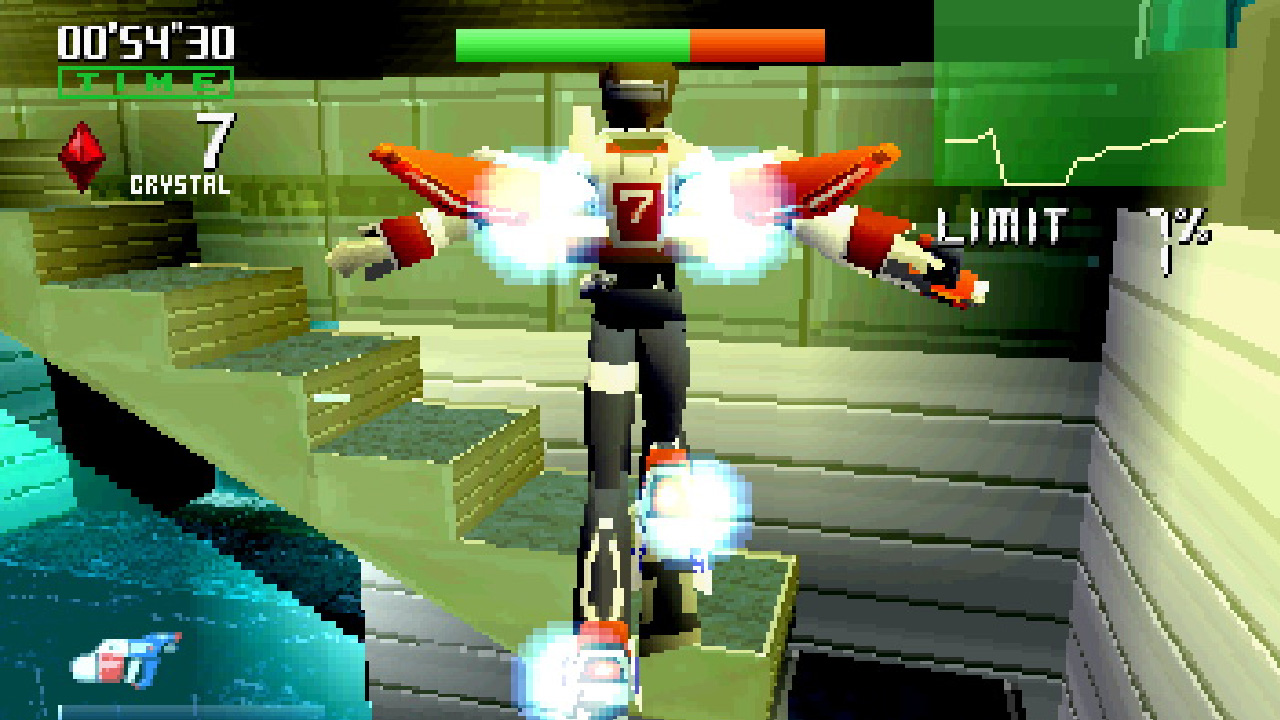 Burning Rangers is a Sega Saturn game released very late in the console’s lifestyle. Developed by Sonic Team, the game has all the hallmarks of a weird 90’s SEGA title: anime aesthetic, unique concept, fun gameplay, and questionable dubbing.

As a Burning Ranger, you collect gems and rescue trapped victims from towering infernos across 5 levels. The pick-up-and-play nature of Burning Rangers really appeals to me. The older I get the more I appreciate these arcade-style titles. Time seems to be in limited supply these days, so being able to play a level or two and put it down is a real plus.

There’s tons of replayability across each level too. One can speedrun or time attack the game to see how fast they can clear each level or explore every nook and cranny to try to rescue every survivor.

Burning Rangers impressively squeezes quite a bit out of the Saturn, but the 3D presentation ends up revealing the limits of what Sonic Team could make the console’s architecture achieve. The lighting and fire effects are worth noting, featuring transparencies that weren’t commonly implemented on SEGA’s 32-bit machine.

There is clipping and glitches, which lend the game a feeling of instability. But since the game is very fast-paced, this is less of an issue than one would think and almost leads to an heightened tension that benefits game’s atmosphere.

Burning Rangers — with it’s fast pace and gems-as-rings stand-in — is the closest the Saturn got to having a Sonic the Hedgehog game, and it’s an interesting look at where first-party Saturn development was heading on the waning days of the console. Homebrew games have already shown us developers never even touched the limits of the system during the 90’s.

Like almost every Saturn game worth playing out there, Burning Rangers commands a significant price tag. Given trends, that price will only continue to climb. If you’re looking to play Burning Rangers today, start saving or explore the usual options available to you. Enjoy!