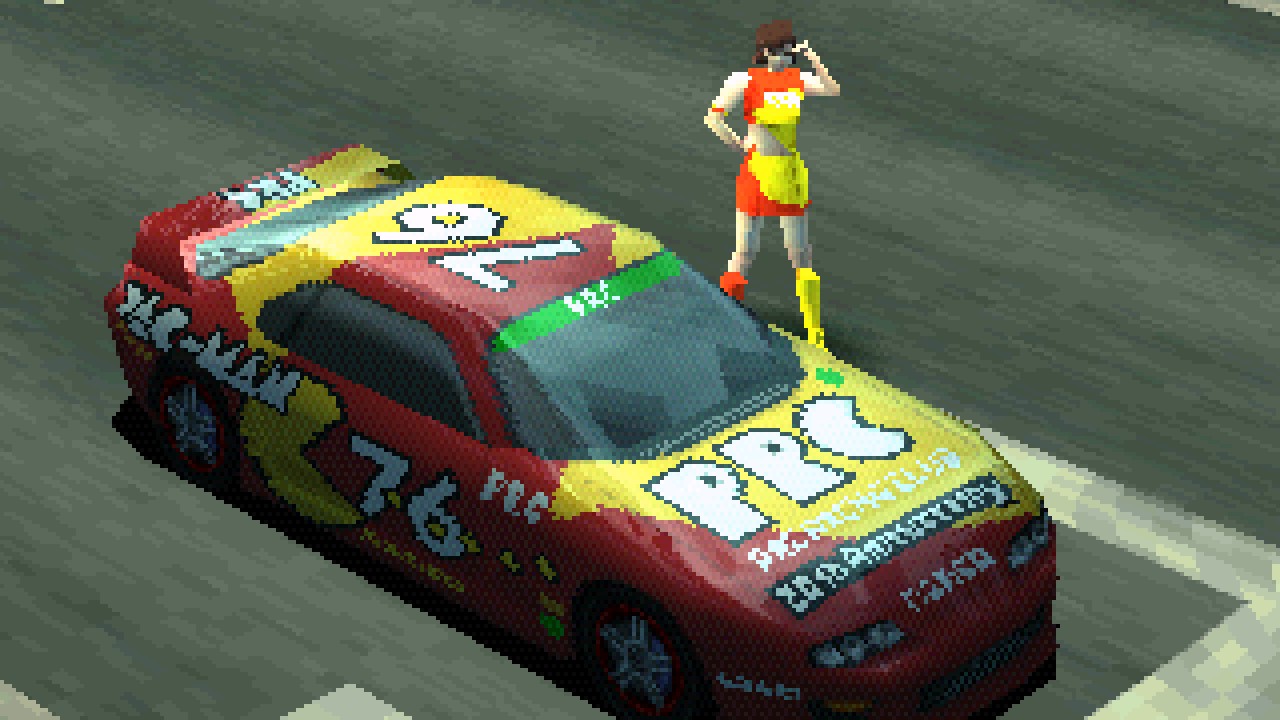 The original PlayStation has a huge library of games, which means that it has classics in every video game genre imaginable, from fighting games to platforming games. And as you can probably tell, the PS1 had a lot of great racing games as well.

There have been many attempts to list the best PS1 racing games, but we found many of those lists lacking, so here’s our attempt. But first, one ground rule: this list does not contain multiple games from the same series, so we picked the best from each series (in our opinion). Without further ado, here’s the top 10 best PS1 racing games.

Gran Turismo 2 is without a doubt the best racing game on the PlayStation, and anybody who tells you otherwise is just being a contrarian for the sake of it. Every single aspect of Gran Turismo 2 makes it better than every other racing game on this console. It was also arguably the best racing game of all time when it was released. The game is absolutely packed to the brim with content including hundreds of cars and 27 tracks (that’s a lot). Additionally, the developers went all-out perfecting the game’s physics to make Gran Turismo 2 the most accurate racing simulator of its time.

If Gran Turismo 2 is the ultimate racing sim for the PS1, then R4: Ridge Racer Type 4 is the ultimate arcade racing game for the PS1 (despite not having an official “arcade” release like its predecessors). R4 only features 8 tracks, but you’ll hardly notice the lack of variety because you’ll be too busy grooving to the awesome soundtrack. The gameplay is no slouch either — the controls are intuitive. Simply put, it’s just a really fun racing game.

Sony desperately wanted Crash Bandicoot to be their mascot platforming series to compete with Mario, but it never really hit the same spot that Super Mario 64 did. However, Crash didn’t completely lose out in the mascot wars because Crash Team Racing completely blew Mario Kart 64 out of the water. Sure, Crash Team Racing didn’t sell more units than Mario Kart 64, but if you’re looking at the game from an objective standpoint, it’s better than Mario Kart in every single way. And it goes without saying that Crash Team Racing also beat out most of the other racing games on the PlayStation too. By 1999, Naughty Dog had perfected the Crash Bandicoot style and it shines in this game. Not only is it beautiful, but it’s also addicting to play.

There’s not much to say about Wipeout XL that hasn’t been said in the review here on Wackoid; it’s a fast-paced anti-gravity racing game with combat elements, and it’s not for everyone. But even if you’re not a fan of Wipeout, you have to admit that the PlayStation trilogy is solid and was unlike anything else at the time except for maybe F-Zero. Despite its difficulty, the controls are solid and it’s incredibly fun once you get the hang of it.

Chocobo Racing is another awesome kart racing game on the PlayStation, and it was honestly hard to rank this one compared to Crash Team Racing. One of the best aspects of Chocobo Racing is the absolutely solid gameplay. The drifting in this game just feels better than any other kart racing game of the time. But unlike CTR, Chocobo Racing took a page out of Mario Kart’s book and used sprites for the racers, which isn’t necessarily a bad thing. The rest of the game, especially the backgrounds, look great.

There are around seven Need for Speed games in total for the PlayStation in North America, so one of them was bound to end up on this list. Most fans can agree that the PlayStation NFS games really peaked with Hot Pursuit. That said, it is a bit of a toss-up between this game and High Stakes, which has identical gameplay, but Hot Pursuit felt like more of a complete game. Also, the fact that cars can be lost in races or damaged in High Stakes makes Hot Pursuit the more casual and comfortable of the two games.

This list wouldn’t be complete without a rally game, and no other series does it quite as good as Colin McRae Rally. The sequel offers an arcade mode, a rally mode, and new countries including Finland, Kenya and Italy. Each location in the game features 10 or 11 unique tracks, which amounts to 92 unique tracks total, which was impressive for the time. The gameplay in the sequel is also a step up from its predecessor. The cars feel easier to control and stick to the road much better.

Hydro Thunder is a beloved arcade racing game that was ported to the Dreamcast, Nintendo 64, and of course, the original PlayStation. As the only “water” racing game on this list, Hydro Thunder is a good representative for the subgenre. Just like many of the games on this list, Hydro Thunder has excellent controls. The game is speedy and satisfying, even compared to many non-water-based racing games. While the textures in some of the stages aren’t anything to write home about, the boats are vibrant and colorful (even reminiscent to Wipeout in a weird way).

Jet Moto 2 doesn’t have the best controls, the best graphics, or really the “best” anything. However, the races in Jet Moto 2 are all-out madness, and it’s fun as hell. The tracks twist in a way that sends you smashing into other racers, and it’s pretty exhilarating.

PlayStation racing games have cars, boats, karts, and more cars, but let’s not forget about planes. While aircraft racing is often overlooked, it would be a mistake to overlook N-Gen Racing, which is an aircraft combat racing game exclusive to the PS1. As you play through N-Gen Racing, you’ll earn winnings that you can use to upgrade your aircraft. And as should be expected from a game that was released late in the console’s lifespan, the graphics are phenomenal.

Recommend racing game-related products for you: Above we covered 10 great racing games. Nowadays, many game lovers make racing game pins, stickers, commemorative coins, and peripheral merchandise. They will collect some classic game custom lapel pins and sell other pins to fans and friends. At GS-JJ.com, lapel pin custom craftsmanship are various, which supports customers to design beautiful merchandise online and has many years of experience in customization, it is a maker that many users frequent! 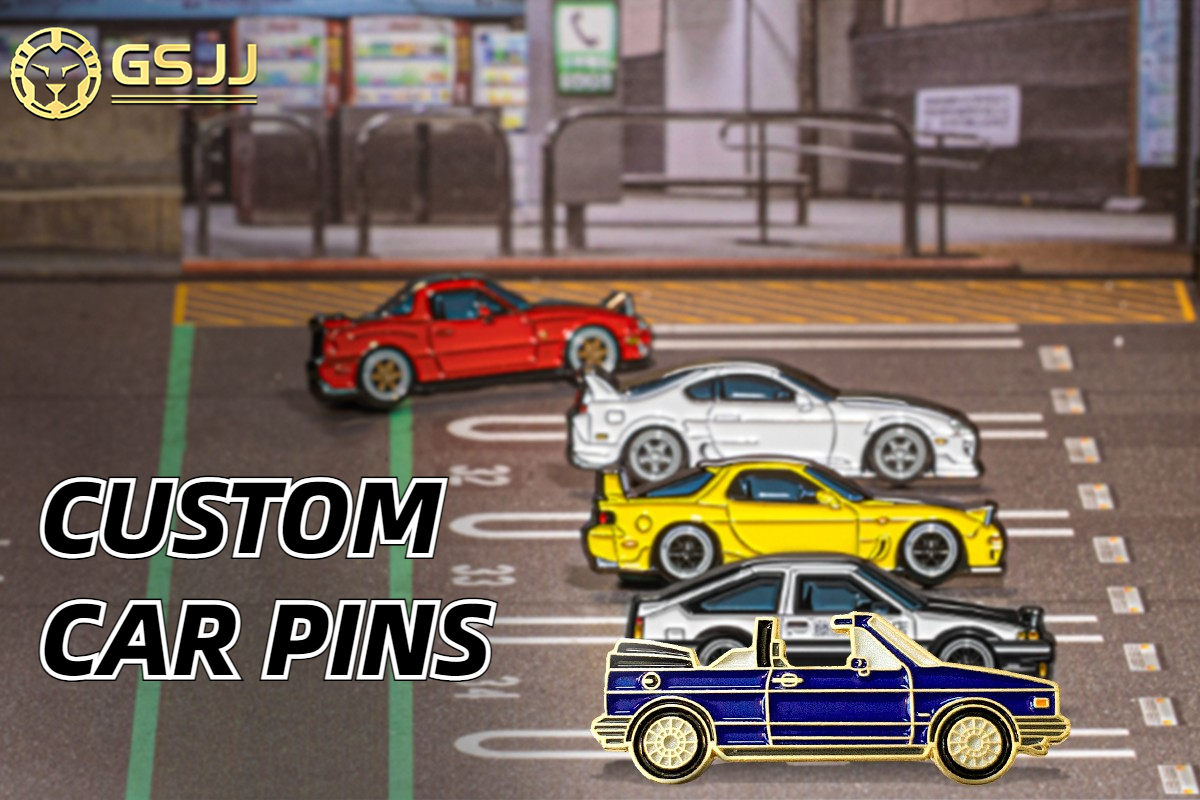 Disagree with the list and think there’s another game that deserves to be recognized as one of the best PS1 racing games? Let us know in the comments below.