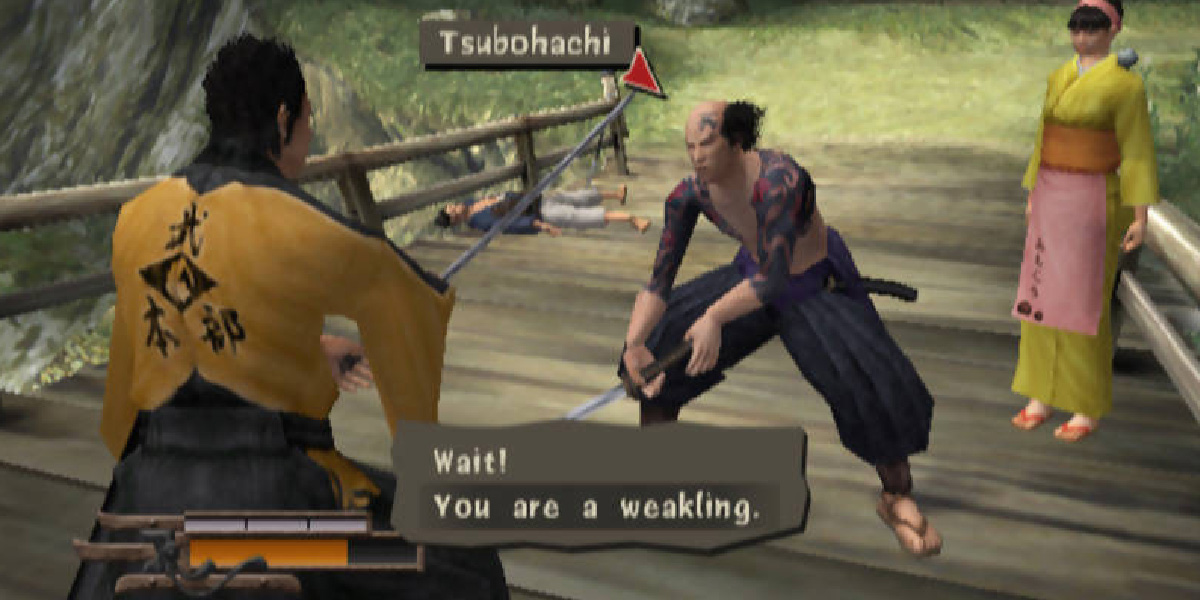 Way of the Samurai is an underrated choose your own adventure/action game for the PlayStation 2.

Players assume the role of Kenji, a Ronin samurai with no backstory who walks into Rokkotsu Pass, the game’s setting. Kenji’s arrival becomes the catalyst to tip the balance of power in the small village. Who you side with, or if you side at all, is entirely up to the player.

The swordplay in the game can be described as easy to pick up, but moderate to master. You learn moves and combos as you go and acquire new and unique swords from fallen foes. Players are able to enhance their swords’ various attributes at the local blacksmith— just be sure to remember to pay him before leaving his shop!

You can pick a sword and style you’re comfortable with and upgrade that weapon to be extra-deadly, or you can branch out and learn as many sword moves as possible.

Related: A Look Back at the Dot Hack Series (PS2)

The game moves on a day/night cycle dictated by the player’s actions, because of this there is no way to see all the game’s events in one playthrough.

Decisions are forced upon the player to move the story along. If you’re the type to always min/max a game, this might cause you some anxiety. Just go with the flow, you’re a drifter after all.

If you manage to make it to the end of the adventure and achieve one of the game’s six endings, you are able to retain the sword (and the bonuses) you completed the game with. You also may unlock additional cosmetic changes for your next playthrough. Replay is encouraged, it’s the only way to get the full story of Rokkotsu pass.

If you’ve ever wanted to role play in a Kurasowa film, Way Of The Samurai is your game. This game is still inexpensive, with a complete copy selling from between $15 and $20 online. HowLongToBeat gives a playtime of five and a half hours to complete a playthrough, but that’s a little inflated in my opinion.

Overall, Way Of The Samurai is a great way to kill an afternoon.