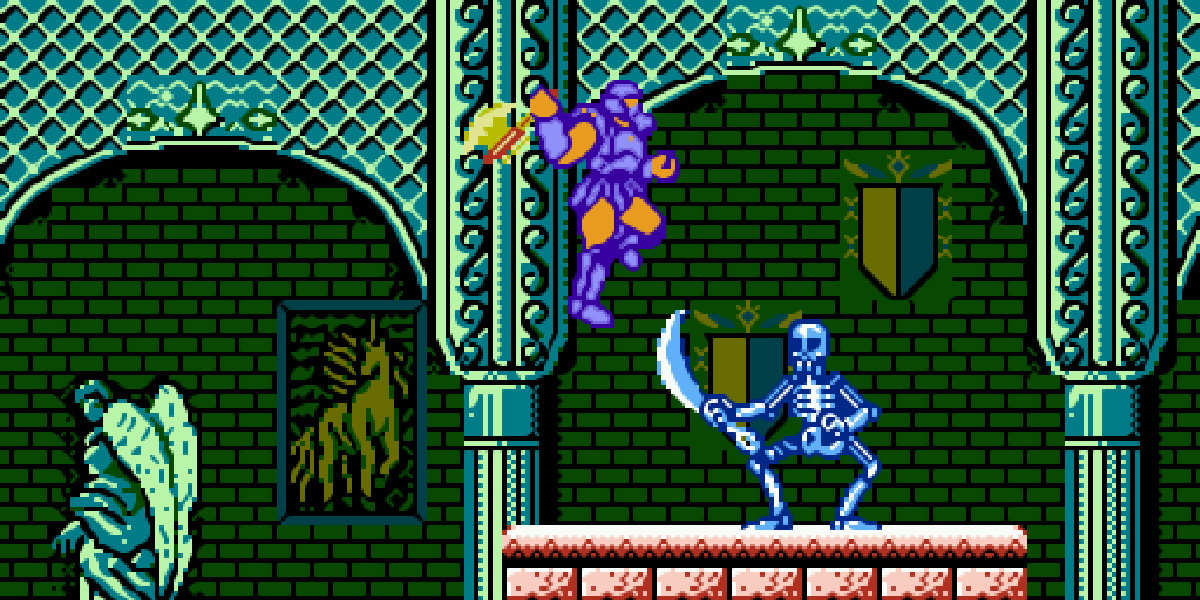 The Astyanax on the Nintendo Entertainment System is a lackluster home port side-scrolling action game originally released for arcades.

The arcade version of The Astyanax was released in 1989, and its home version on the NES was released later that year in Japan, and a few months later in North America.

Unfortunately, the NES version of The Astyanax is only single-player and it isn’t nearly as colorful as the arcade version, but that’s to be understandable for an NES port.

The NES version of The Astyanax also has a different story. In this version, you take control of a 16-year-old student from Greenview High School who is transported to a mythical realm where he must rescue Princess Rosebud, who is being held captive by the evil wizard Blackhorn.

On paper, the story seems weak, but it’s actually pretty good. There are cutscenes between levels with dialogue that advance the story, similar to the cutscenes on the NES Ninja Gaiden games.

But the gameplay leaves much to be desired. This game is incredibly forgiving by giving the player a giant health gauge that extends across the screen. This fact alone makes it easy to beat for the seasoned gamer.

There is also a strength gauge that fills automatically when the player is not attacking and a magic gauge for spells.

The player starts out with an axe that can be upgraded to a spear and then a sword, which is the strongest weapon.

The bosses have impressive sprites, but they are just as boring as the normal enemies except they take more hits to take down. Their attack patterns are boring and predicable. Just slice away at them and spam magic to win.

Overall, The Astyanax is a pretty boring action game, but it went above-and-beyond with some impressive sprites and cutscenes.