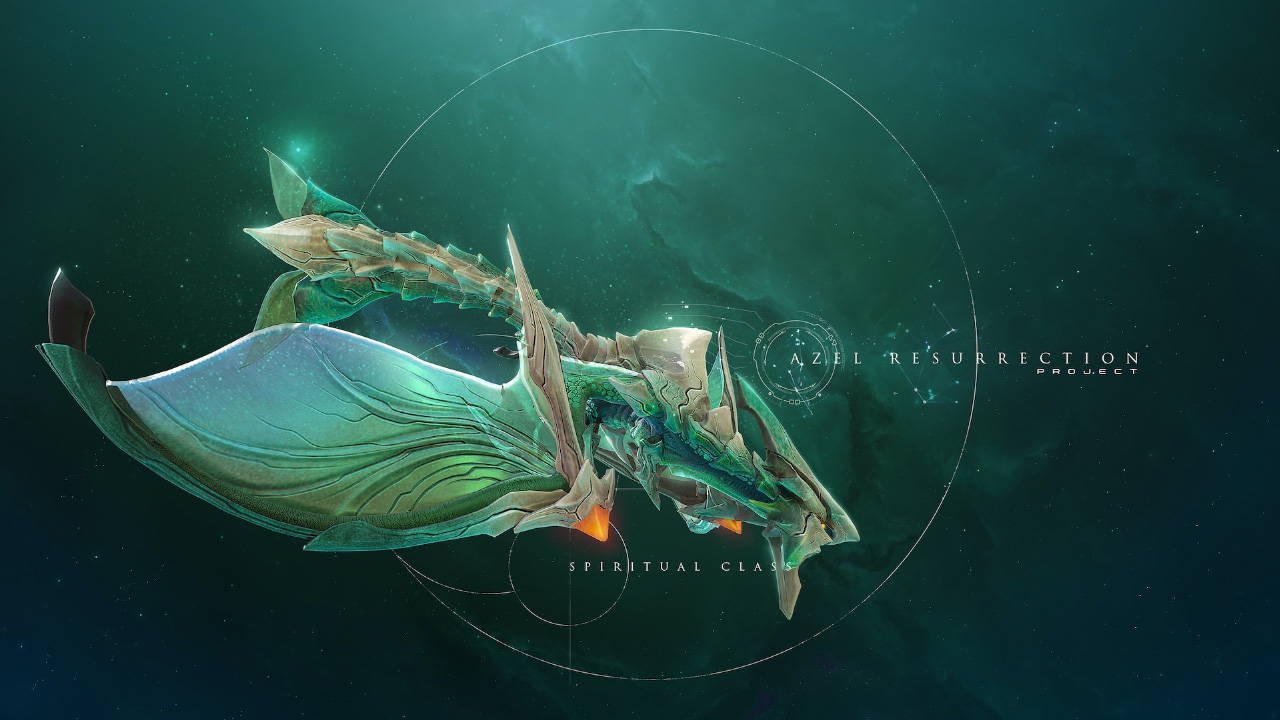 There’s been a curious announcement in the Panzer Dragoon community. As if on the wings of a dragon, a Patreon page, a twitter account, and a teaser video have appeared announcing Azel R.

This flashy video shows starts with a swirling Panzer Dragoon-inspired background set to music from Panzer Dragoon Saga; next several copies of a well-modeled enemy from the same game also appear. The page then fades to a model of Edge’s Dragon.

At the bottom, the text Azel Resurrection Project, the name of the artist (Black Fenrir), and the Unreal Engine logo appear. The credits identify a community manager, Oliver Haffemayer, and direct interested parties back to the Patreon page and the corresponding Panzer Dragoon World community page.

The Patreon page dashes the hopes of so many viewers — it’s very explicitly not a new Panzer Dragoon game, nor is it a remake. The project is stated to be a “campaign… to support a vision of a modernized [Panzer Dragoon Saga].”

The Patreon goes on to clarify the project is not “the promise of a game” or even “the promise of an official Panzer Dragoon project.” They go as far as to admit they don’t have the license to do so and have not approached SEGA about obtaining it.

To their credit, Haffemayer seems unperturbed by this.

What do you guys ‘want’?
In the end, it is all that matters.

‘We’ (@AzelR_project) will work hard to deliver the best quality vision we have in store.

‘You’ guys can vote/support this vision. Or not.

The licence is something you or we cannot do anything about ‘for now’. pic.twitter.com/mMF2W7IjUL

This puts Azel R in a precarious legal position, and by that I mean what they’re doing is not legal. They don’t have any legal authority to use the Panzer Dragoon intellectual property, or the music they’ve already used in their trailer — both are copyrighted by SEGA.

The Patreon tiers of support are also troubling. The lower price tiers are reasonable. $5 a month gets you enfranchisement — though what you would vote on is unclear. It’s the higher tiers of support that are almost unbelievable.

For $120, the Azel R team is offering to “have your face modeled as an NPC.” I find it unusual that they’re offering to make a supporter an NPC in a game they explicitly state there’s no promise of releasing, completing, or even demoing.

For $500, the team is offering “product/brand placement.” Beyond the obvious legal issues, this is a glaring red-flag. Perhaps this is limited in some way not specified, but this just seems like an absolutely terrible idea . Are we expecting Edge to be a hypebeast in the remake, sporting designer shoes and Supreme branded clothing? Perhaps chugging Monster energy drinks a-la Death Stranding? Nothing would make me close that game faster.

But because my therapist says I should try to look on the bright side of everything, the production on the models and concept art, as well as the video, are fantastic. The artist, Black Fenrir, is clearly talented.

The Troubling History Behind Azel R

Wow, I have read a crazy theory that I would be involved in the recent « leaks » / Azel Resurrection artwork:
1/ I don't have the talent to make such artworks
2/ I wouldn’t spend the money to commission such a talented artist (it wouldn't be cheap)
3/ this person needs help

And again just earlier this month he again referred to them as fake:

I am reposting those “fake” concept arts for Panzer Dragoon Saga Resurrection because no matter how fake they are, they still get me 1000% more excited than anything I’ve seen so far (no offense)
🐉#SavePanzerDragoonSaga #AzelPanzerDragoonRPG #パンツァードラグーン pic.twitter.com/sywmaLqqyC

Haffemayer claims that after these leaks, he was contacted by the developers behind them. I have no evidence that this is false, and I’m not in the business of making allegations I cannot prove. But, regardless of whether they were commissioned or if they were spontaneous, someone was lying when they said they got this artwork from “a friend at sega [sic].”

An Active and Vocal Community Manager

I am not the first person to have seen the announcement and had misgivings about what I was reading. Several have gone to social media to voice their concerns and Azel R’s Community Manager has been quite quick to respond.

I can see some people say "fan made" condescendingly as if it was a bad thing and this makes me smile.

Those people usually have an agenda, this is sad. They should look themselves in the mirror.
The overwhelming majority of the feedback we had today is great.

Is @SEGA_OFFICIAL saying the success of the VR game will make or break the potential return of Azel/Saga?
Genuine question though https://t.co/PcaFsJvjfz

This is just the latest between Haffemayer and Wildman, Inc., the developer behind PDVR, whom Haffemayer disagrees with because of a much earlier exchange regarding criticisms of Forever Entertainment’s Panzer Dragoon Remake.

Wildman played a build of Panzer Dragoon Remake at Tokyo Game Show and gave pointed criticisms and thoughts regarding his experience. These comments never sat right with Haffemayer, who viewed them as disrespectful and inaccurate. It is worth noting that the issues laid out by Wildman were present in the 1.0 version of the remake, mentioned often in reviews, and subsequently patched in updates.

My Thoughts on Azel R

I won’t tell anyone what to do with their money, but I will make some suggestions. If you’ve suddenly got, oh, I don’t know, $1400 or something burning a hole in your pocket and you can spare some of that — there are worse things you could do with that money.

But, be cautioned that it’s almost a certainty that you will not get a return on that investment in the form of a game or demo. Additionally, be aware that you will be financially supporting someone who has no agreement with SEGA, is willing to offer product placement in a vision, and who has a tendency to “clap back” at critics on social media.

Author’s note: Saori Kobayashi’s name and music are attached to this project, and a quote of support attributed to her has been tweeted by Panzer Dragoon World. At time of writing, I have reached out to Brave Wave Productions regarding this but have not yet heard a response.