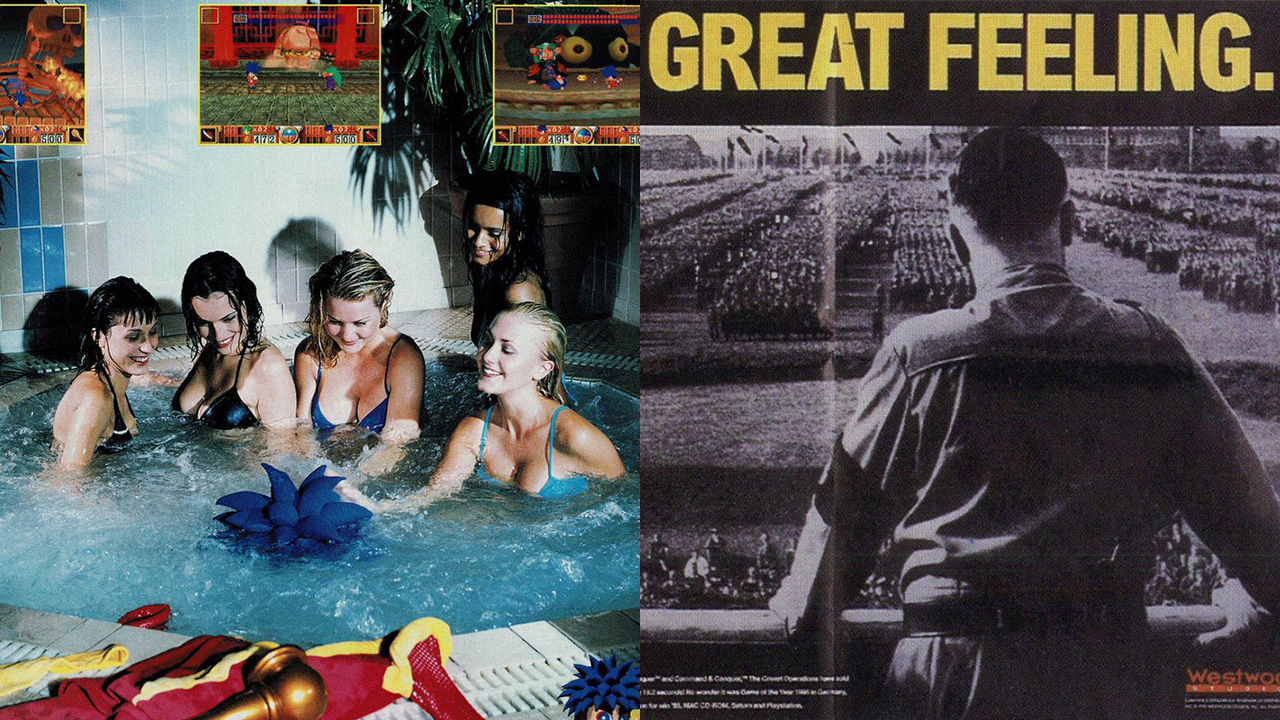 Retro video game ads seem like they come from an alternate universe with completely different standards of acceptability.

That’s not to say the marketing methods of the olden days didn’t work well — we’re still talking about those ads today, aren’t we? Either way, here are 10 retro video game ads that just wouldn’t be allowed today. 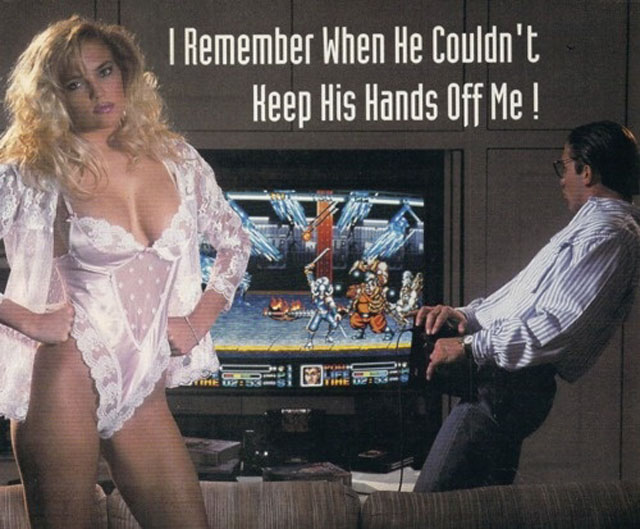 The Neo-Geo was considerably more expensive than home consoles of the time, so they were able to risk targeting adults with disposable income. SNK wanted to differentiate the Neo-Geo from other consoles, which were described as “kids stuff” in their marketing campaign. As a result, we were given great adult-themed ads like this.

2. Gex and His New Partner 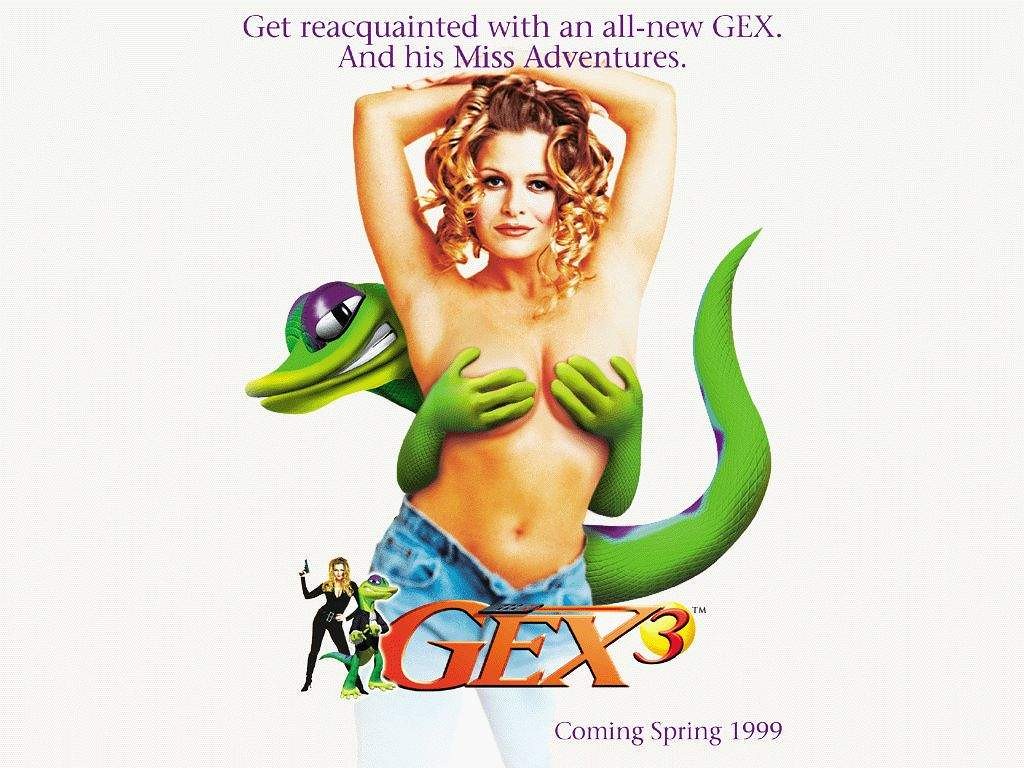 The marketing campaign for Gex 3 always baffled me. Of course, the first two Gex games had some adult humor and wise cracks, but the games included nothing so overtly titillating. After all, plenty of kids played the Gex games. The inclusion of Agent Xtra made the PlayStation version of Gex 3 a T-rated game, which probably boosted the game’s “cool” factor among kids. 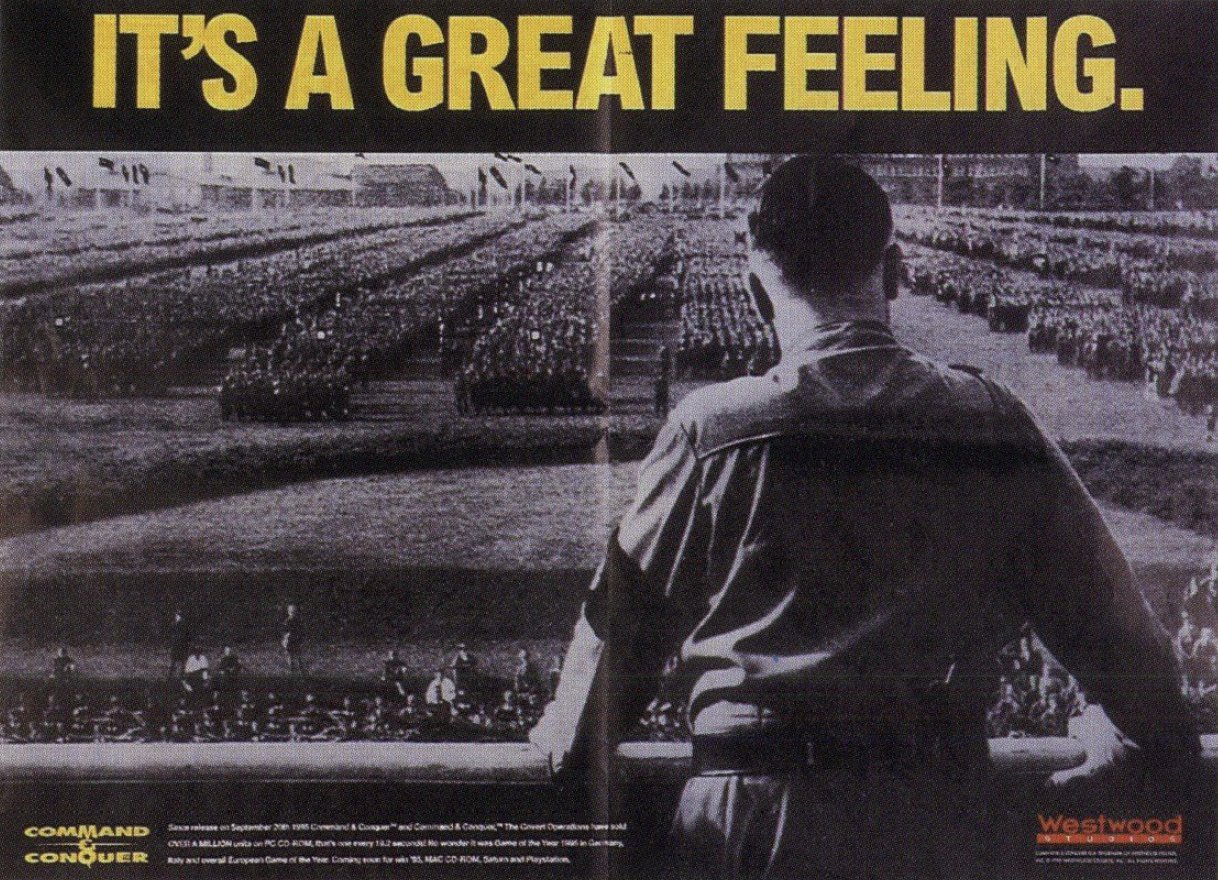 This ad, which prominently featured Adolf Hitler, was apparently for the real-time strategy game Command & Conquer. It’s hard to believe that a photo of Adolf Hitler was used in a marketing campaign. Unfortunately, I haven’t been able to confirm if this ad actually ran in magazines, but other people online have claimed they’ve seen it before. 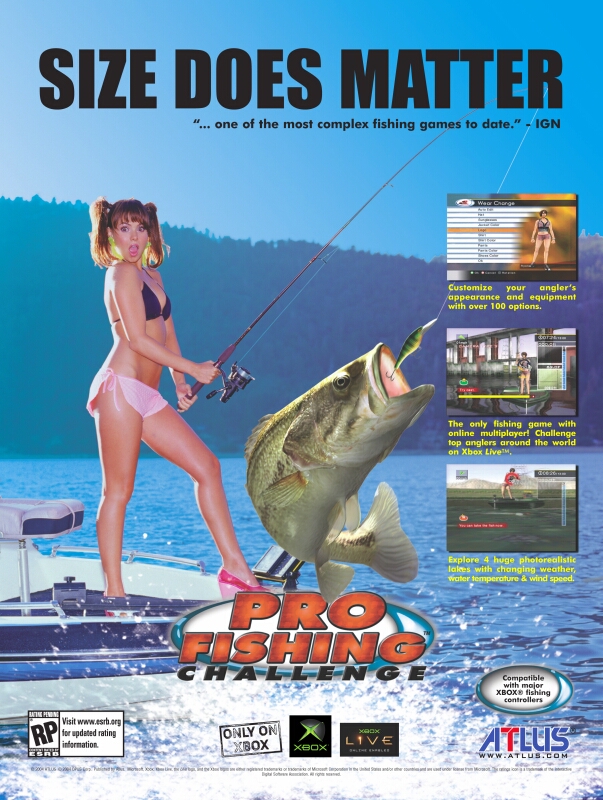 Aside from the overt innuendo in huge bold letters, this advertisement also features an attractive woman, which could be considered “demeaning” by today’s standards. 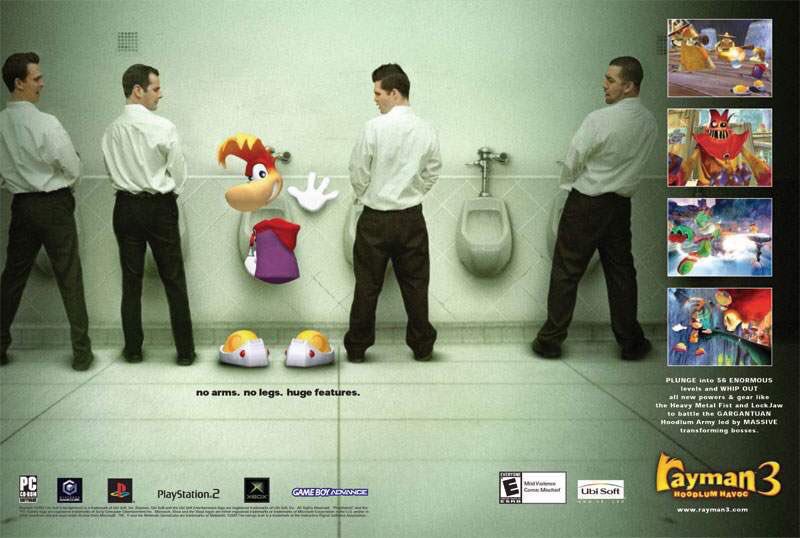 I never wanted to think of Rayman in this way before. Rayman’s anatomy is confusing enough already. 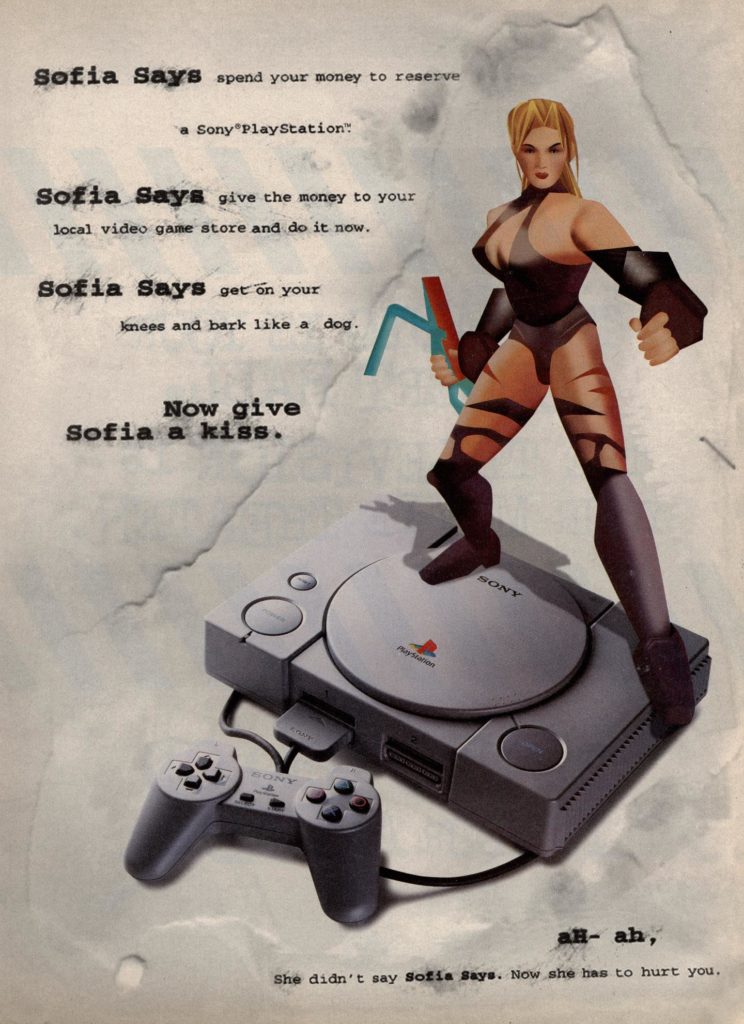 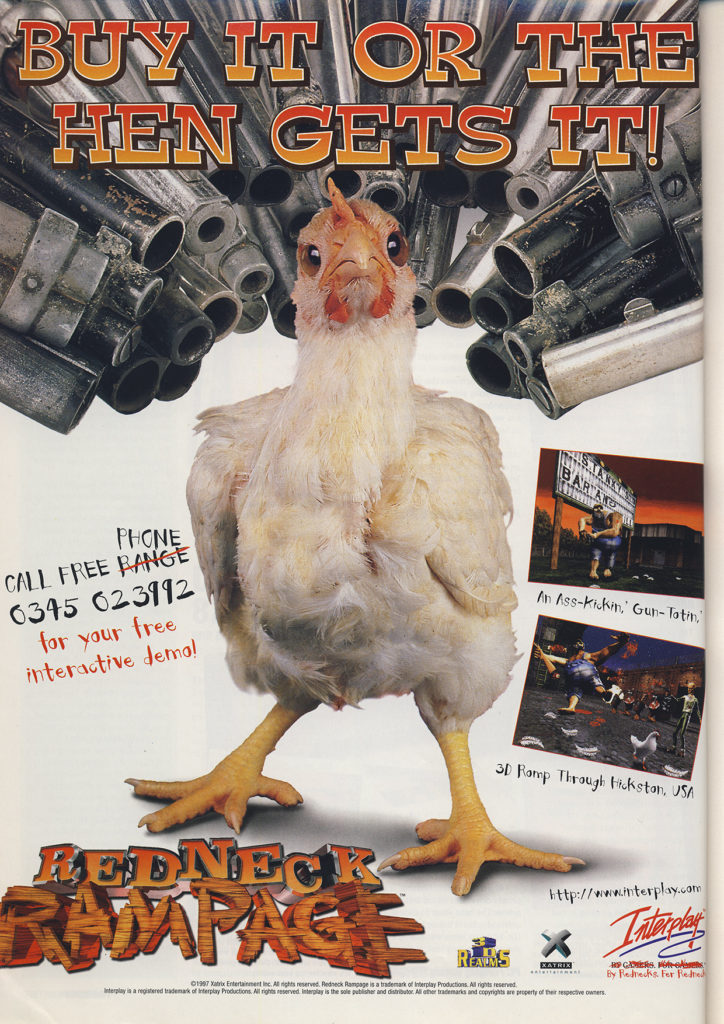 Redneck Rampage was another one of those politically incorrect boomer shooters by 3D Realms, who also gave us the Duke Nukem franchise. I feel like animal rights activists would have a few issues with this ad (as well as the contents of the game). 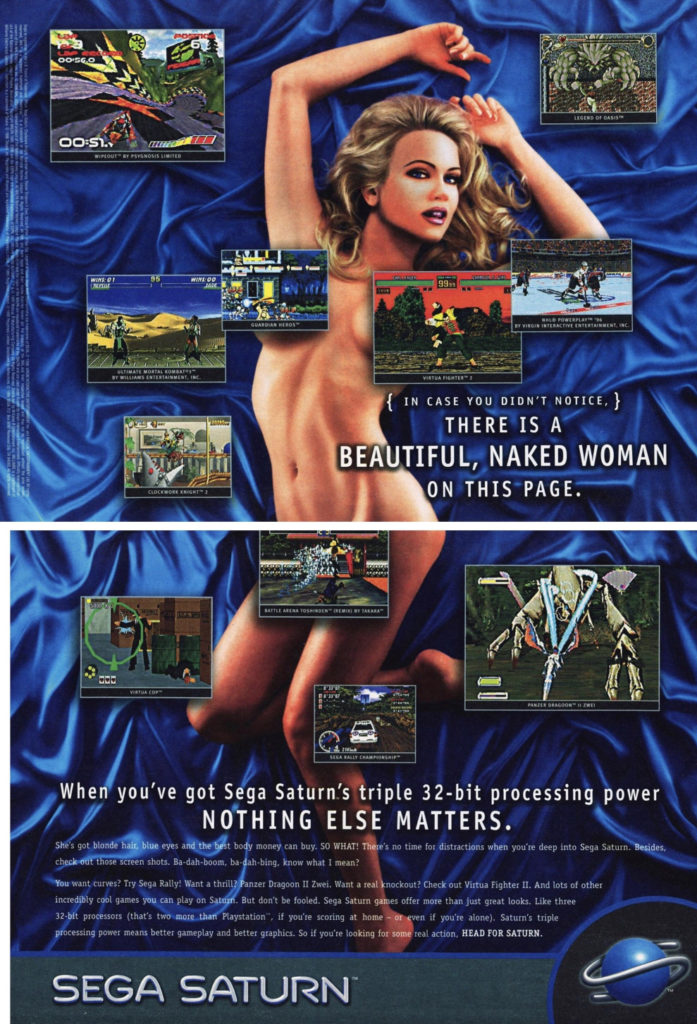 Admittedly, Sega Saturn’s 2D graphics were beautiful, but I don’t think the gameplay screenshots were as distracting as the woman. 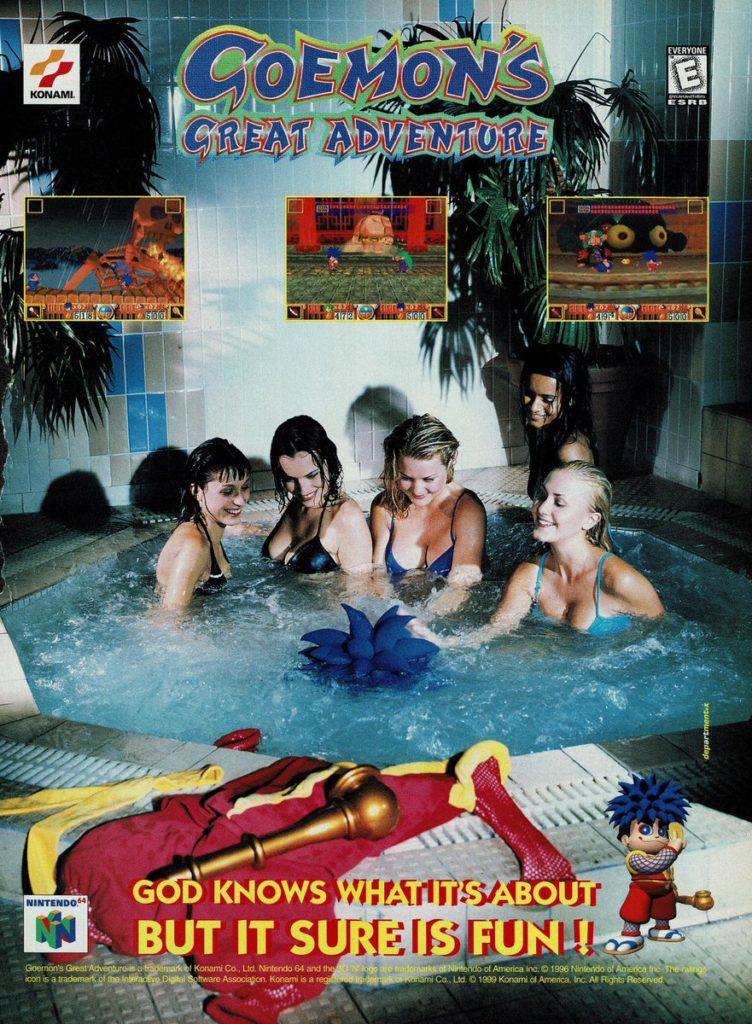 Nintendo needed more IPs for the Nintendo 64, and a new 3D Goemon game seemed like a good fit. But it’s probably not a good idea to blatantly claim “God knows what it’s about” in the game’s ad. I played the game and there were no hot tubs and women in bikinis. I’m very disappointed.

As a side note, this ad is eerily disturbing if you know the history of Goemon. The video game character is based off Japanese folk hero Ishikawa Goemon, who was sentenced to death by being boiled alive in an iron cauldron.

10. A Different Type of Dungeon 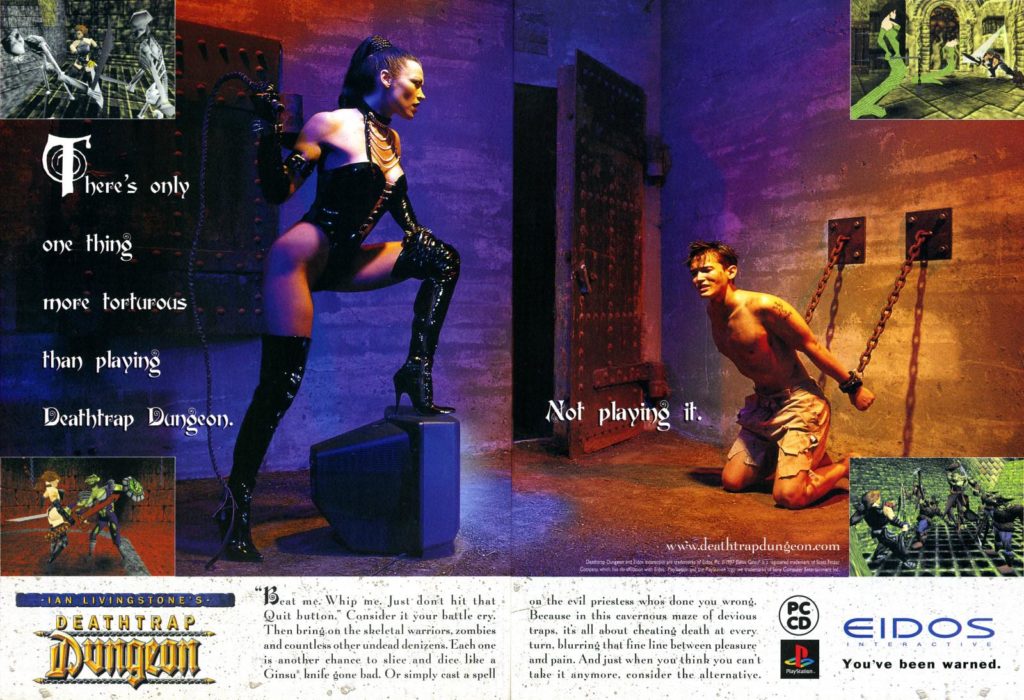 If you haven’t learned anything about retro video game ads by now, it’s that they aren’t afraid to feature attractive women and adult themes. What sums that up better than this advertisement for Deathtrap Dungeon?