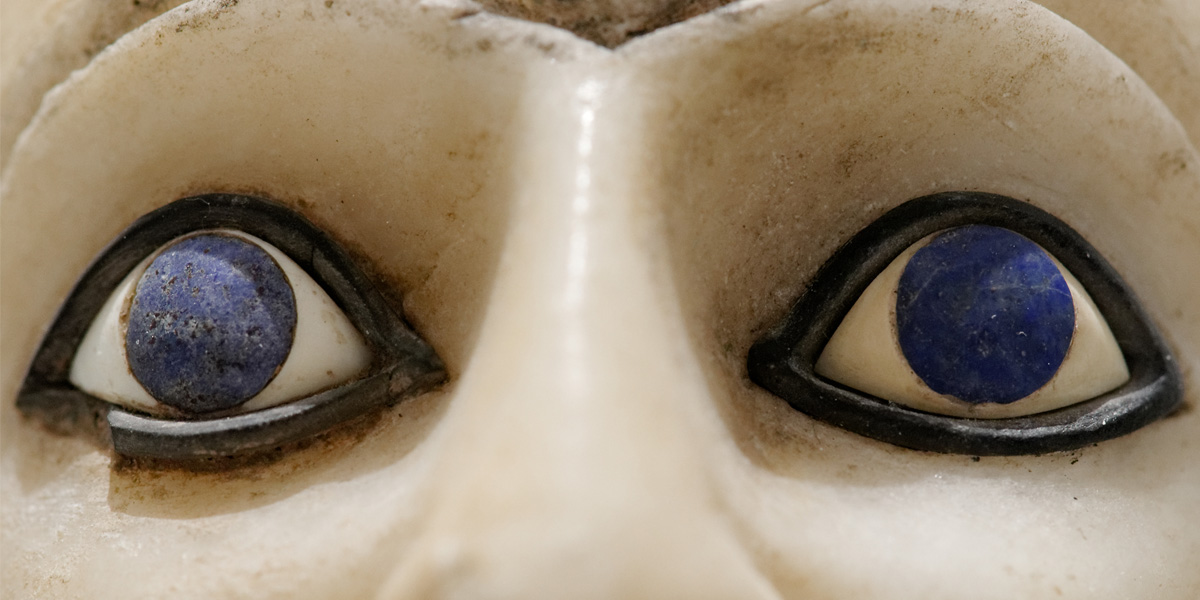 Almost a century ago, archaeologists found a puzzling Sumerian statue with deep blue eyes that still remains unexplained to this day.

The ancient Mesopotamian civilization of Sumer was located in the Fertile Crescent situated between the Tigris and Euphrates rivers from 4,500 BC to 1,900 BC.

The Sumerians were known for their innovations in language, governance, and architecture, but much of their culture remains shrouded in mystery with few written records from their civilization besides what little we know from cuneiform tablets.

However, we do know that the Sumerians had a very complex pantheon of gods, and evidence of their worship can be found in ancient temples, such as the temple of Ishtar in the ancient city-state of Mari (located in modern-day Syria).

The temples of Ishtar, Ishtarat, and Nini-ZAZA were discovered in 1933 by André Parrot, and the discovery led to even more questions about the ancient Sumerians.

The most interesting finding in Parrot’s excavation was found in the temple of Ishtar. Ishtar was an ancient Mesopotamian goddess associated with sex, war, justice, and political power. Inside the temple was a statue of Ebih-Il showing his devotion to the goddess. 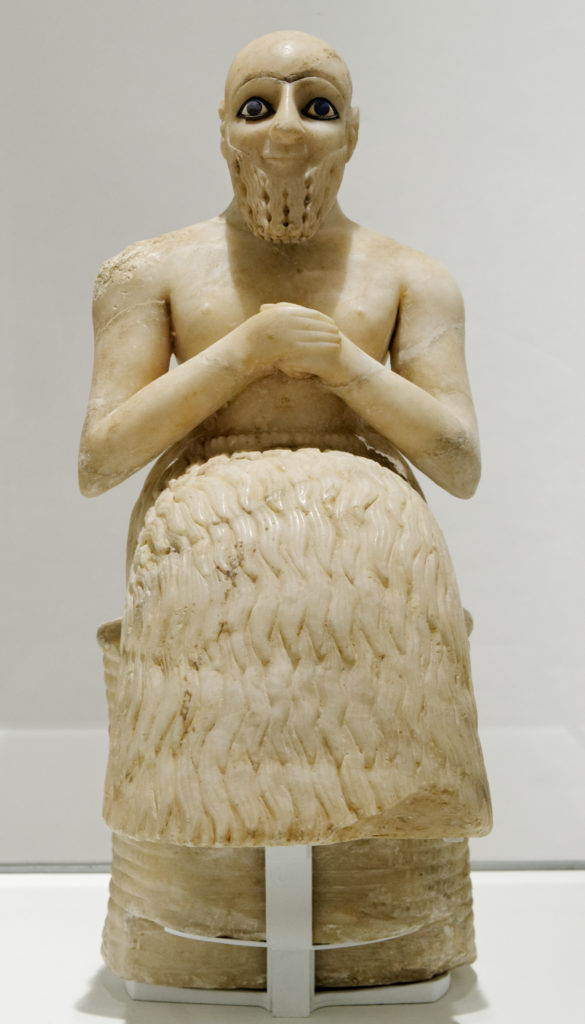 Sumerians are rarely described with blue eyes and they are are most commonly described as North African or Semitic.

The blue eyed Sumerian statute is currently preserved at the Louvre in France, and the museum described the eyes as including an “inlay of shell and lapis lazuli set in shale.”

Lapis lazuli was a valuable resource that was typically traded from Afghanistan, and the existence of lapis lazuli in Mari is evidence of a long-distance relationship between countries in the Middle East as early as the third millennium BC.

Other statues from ancient civilizations have also been discovered with deep blue eyes made from lapis lazuli. For example, an ancient Wari mummy known as the Lady of the Mask was discovered in Peru with piercing blue eyes.

Some theories suggest that ancient statues were made with blue eyes as a way to symbolically show divinity, but there’s no concrete evidence for that theory.