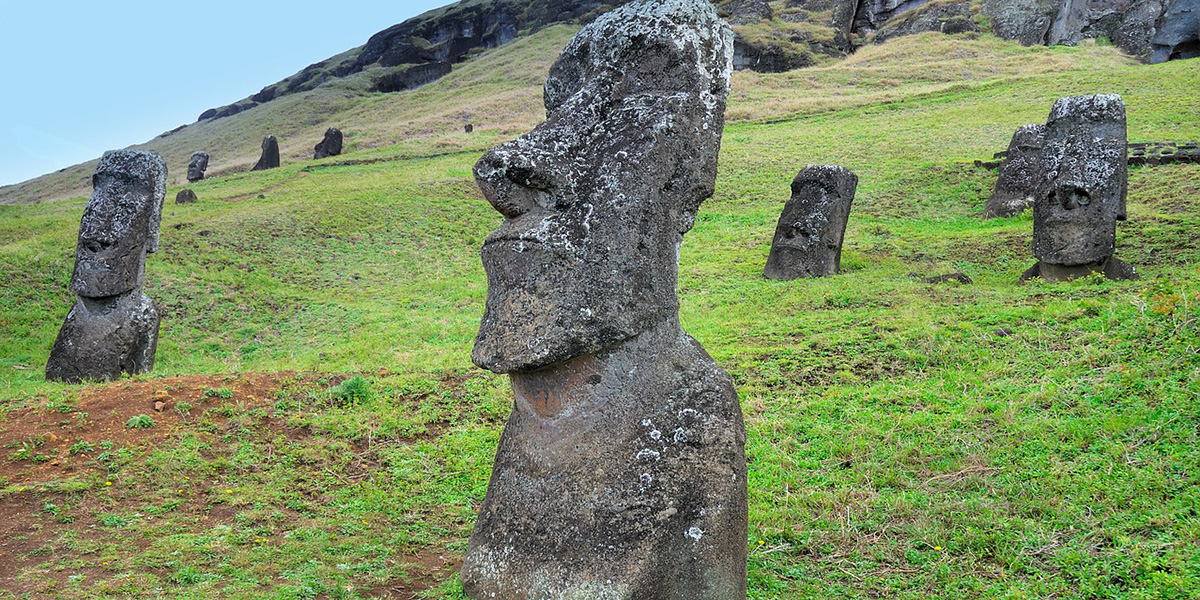 The island of Rapa Nui, known as “Easter Island” today, is shrouded in mystery with giant stone statues (moai) and monumental platforms supporting them (ahu) scattered throughout the island.

The small island off the coast of Chile was first inhabited by Pacific Islanders between 1,100 and 900 years ago, where they thrived for hundreds of years. The traditional theory held by anthropologists is that the island suffered a major collapse after the islanders used up all the natural resources on the 66-square-mile island.

That theory is thrown into question by newly-published research from Professor Carl Lipo, an anthropologist at Binghamton University.

“Our research flies in the face of this narrative,” Lipo said.

In fact, Lipo hypothesizes that construction of moai and ahu continued well beyond European contact and into the 18th century.

“We know, of course, that if we are right, we really need to challenge ourselves (and the archaeological record) to validate our arguments. In this case, we thought to look carefully at the tempo of construction events associated with large platforms.”

In his research, Lipo asserted that his team “demonstrated that ahu construction began soon after colonization and increased rapidly, sometime between the early-14th and mid-15th centuries AD, with a steady rate of construction events that continued beyond European contact in 1722.”

Research from 2018 also supports the theory that the Easter Island society thrived longer than previously thought.

Dale Simpson, Jr. from the University of Queensland explained that the Rapa Nui cooperated with each other to build the moai statues, which wouldn’t be possible in a period of major collapse with widespread strife.

“To me, the stone-carving industry is solid evidence that there was cooperation among families and craft groups,” Simpson said.

Simpson and his colleagues found that the majority of the Rapa Nui’s tools came from a single quarry known as Rano Raraku. This finding suggests that Easter Island inhabitants used only one type of stone, which required a lot collaboration.

Instead of fighting each other over dwindling resources as the traditional theory claims, the islanders cooperated and shared information with each other.

These new findings help shed light on the Rapa Nui civilization and their giant stone structures, but the details of their collapse still remains a mystery.

Needless to say, anthropologists and archaeologists still have a lot of island secrets to discover.