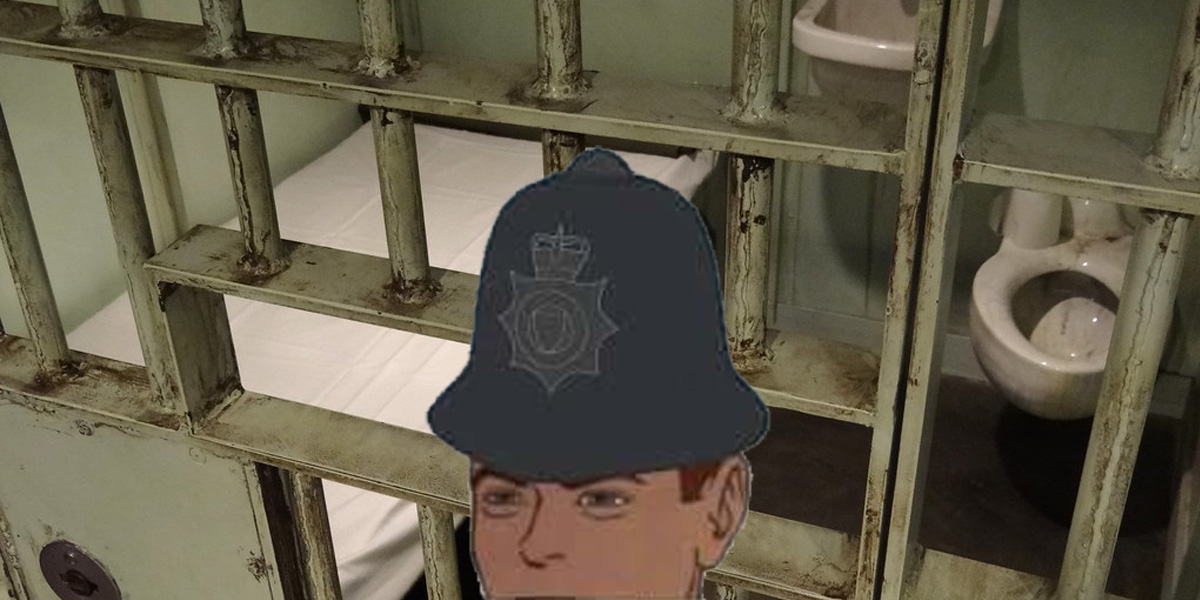 Dumb laws are dusty vestiges of the past. When laws are written, they usually make sense in context, but they don’t always hold up decades later.

After all, it’s a lot easier to write a law than it is to repeal a law, which means there are a lot of pointless laws that have remained on the books for years.

But I don’t want to bore you with the typical weird laws you often hear about — I wanted to dig up some laws that truly show how absurd and flawed the legal system can be.

Here are some of the dumbest laws that are still on the books.

It’s illegal to kill the iconic cryptid “Sasquatch” in Skamania County, Washington. It’s widely accepted that the Sasquatch is a giant hoax, but Skamania County doesn’t want to take any chances.

After all, Washington is famous for its Sasquatch super-fans who spend countless hours searching for the make-believe creature.

Do you remember that scene in The Wolf of Wall Street where they throw a midget into a target? Apparently, dwarf tossing is a real thing and it’s illegal in the state of Florida.

Florida banned dwarf tossing in 1989 after the activity surged in popularity in bars throughout the Southern part of the state. This law can punish bar owners with a fine of up to $1,000.

The next time you’re outside enjoying a hike, you might want to think twice before picking up any unprocessed nuts or acorns, especially if you happen to live in Solano County, California.

If you’re caught with nuts, Solano County Police may ask you to provide proof of ownership for your unprocessed nuts. If you’re unable to provide proof, you could end up with a fine of up to $1,000.

Unfortunately, nut theft was a real problem in Solano County, which is a rural community that relies on the nut industry.

The Metropolitan Police Act of 1839 in the United Kingdom prohibited anybody from playing annoying games in the streets. This could range anywhere from football, to kite-flying, to skateboarding.

And yes, this still is still enforced and children are still harassed by police who cite this law.

The Dog Bite Law You Didn’t Know About

There are a lot of laws about who is liable when a dog bites a person, but what about a law that specifically addresses the legality of a human biting a dog?

In Palding, Ohio, a police officer is permitted to bite a dog to calm it down. But if you’re not a police officer, you’re going to have to find another way to calm down your dog.

Hartford, Connecticut has a law on the books that specifically targets “junk collectors and ragpickers.”

No person is allowed to “engage in the business” of collecting rags, paper, glass, old metal, junk, cinders or other waste matter in the city without having a special permit from the bureau of licenses and inspections.

Furthermore, nobody is allowed to search the streets and public places in Hartford for the purpose of collecting, purchasing or bartering for junk without the aforementioned permit.

Don’t try to organize a LARP at parliament any time soon. In the United Kingdom, it is illegal to enter the Houses of Parliament wearing a suit of armor (or “armour” as Brits would call it).

This law has been in place since the year 1313, and it’s still enforced to this day. It was originally intended to stop the threat of armed force as a means of bringing pressure at parliament.

In 2010, police went after a local shop owner in Beatrice, Nebraska for displaying an exposed mannequin in his shop window.

After receiving a complaint from no-doubt the most fragile loser on the planet, the Beatrice Police Department tried to contact the store owner but received no answer. The police responded by taping paper over the area of the window where the mannequin was.

“The police have to find something to do, so they go pick on the guy with the naked mannequin,” the shop owner said at the time.

The police justified their actions by claiming the mannequin violated obscenity laws. I understand the necessity of obscenity laws, but it’s pretty dumb that the law can be twisted like this.

Only Eat Other People In Certain Circumstances

The state of Idaho made cannibalism illegal and punishable by imprisonment for up to 14 years. The law defines cannibalism as wilfully ingesting the flesh or blood of a human. It makes sense why cannibalism is illegal, but Idaho made an interesting exception.

Cannibalism is permitted “if the action was taken under extreme life-threatening conditions as the only apparent means of survival.”