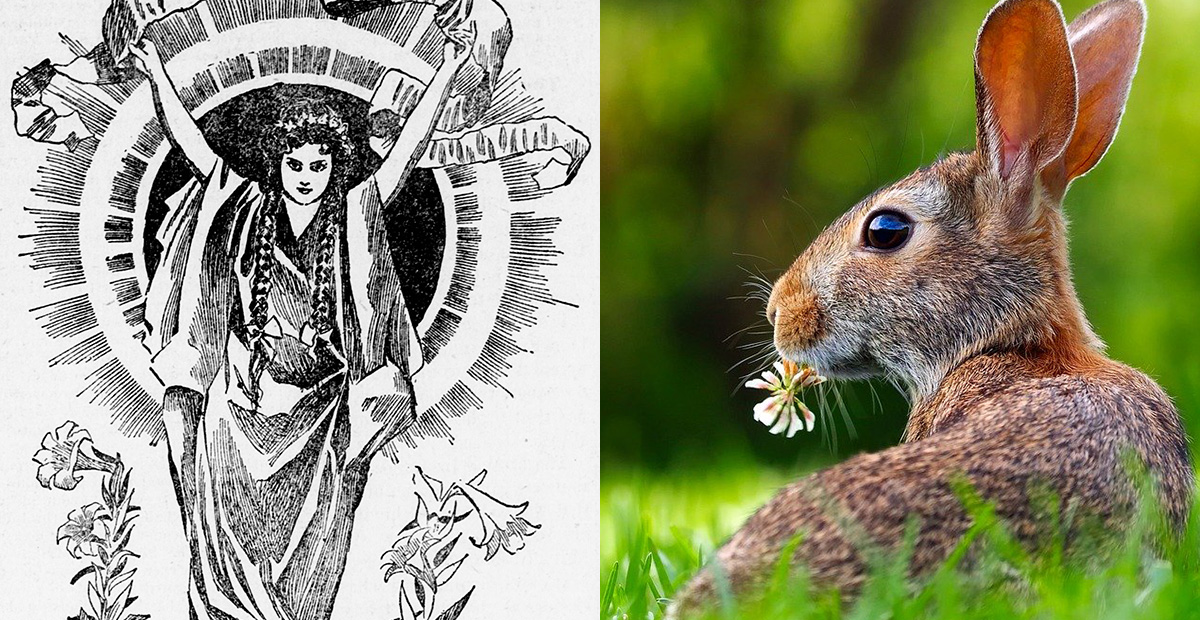 The Easter Bunny is an important mythical symbol for the Easter holiday, and the bunny is said to deliver Easter baskets full of candy or drop off Easter eggs for children to find. But where did the Easter Bunny come from?

While Easter is recognized as a Christian holiday to celebrate the resurrection of Jesus, it seems to be fused with traditions that go back to ancient Europe, a time when people practiced Paganism.

In Germanic mythology, Eostre healed a wounded bird in the forest by turning it into a hare. The bird-rabbit hybrid was grateful to be healed and showed its gratitude to the goddess by laying eggs.

It’s an interesting story, but unfortunately, there are no official records of this ancient account, and some folklore experts are skeptical about whether or not this was an ancient myth at all.

According to folklorist Stephen Winick, it’s “impossible to tell if Ostara as a goddess ever existed.”

Winick was able to track down the earliest mentions of this Pagan myth in print, which was in the 19th century, but there’s no trace of it’s apparent ancient origins.

Some claim that the tradition of the Easter Bunny was brought to the United States by German immigrants in the 18th century.

“According to some sources, the Easter bunny first arrived in America in the 1700s with German immigrants who settled in Pennsylvania and transported their tradition of an egg-laying hare called ‘Osterhase’ or ‘Oschter Haws,'” according to History.

“Their children made nests in which this creature could lay its colored eggs. Eventually, the custom spread across the U.S. and the fabled rabbit’s Easter morning deliveries expanded to include chocolate and other types of candy and gifts, while decorated baskets replaced nests.”

Another theory is that the tradition of the Easter Bunny and Easter eggs came from the Medieval Period because farmers would try to pay their dues with cooked rabbits and eggs.

“In the Middle Ages, Green or Maundy Thursday before Easter was typically the end of the business year and therefore when farmers would have to pay their dues to landowners. Due to the Lent time fasting leading up to Easter, they had a surplus of eggs, so they would often pay these dues with cooked eggs and hares they had killed in their fields,” according to The Local.

We might never know the exact origins of the Easter Bunny, but at least it gives us an excuse to eat some candy.