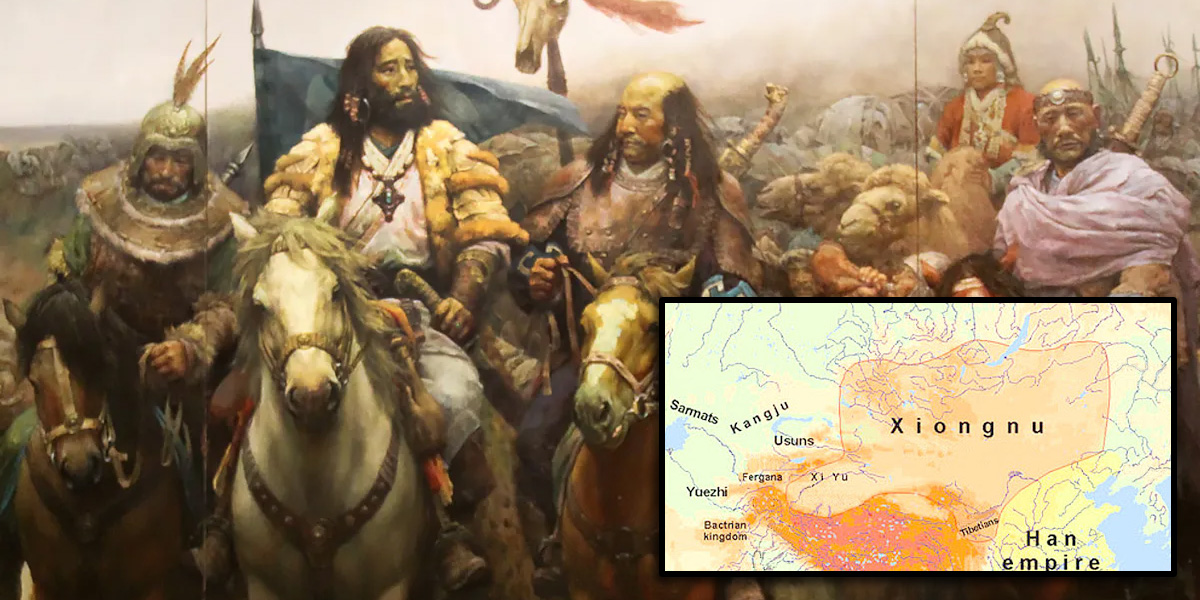 The Xiongnu people built a powerful empire around 200 BC in modern-day Mongolia, Kazakhstan, and northern China. Before the century was over, the Chinese would launch a full-scale attack on the Xiongnu Empire.

The Xiongnu Empire can be seen as the “original” Mongol Empire. Like the Mongol Empire that would emerge as a huge power centuries later, the Xiongnu were pastoral nomads that thrived in the expansive grasslands of Mongolia.

While the Xiongnu Empire was gaining steam, warring factions in China were beginning to consolidate under the Qin Dynasty, ruled by Qin Shi Huang from 221 to 206 BC.

Immediately after Qin consolidated the power, the empire would face conflict with the Xiongnu Empire. That’s when the first prototype of the Great Wall of China was built.

Construction of the “Wan Li Chang Cheng,” or 10,000-Li-Long Wall, was one of the most ambitious building projects ever undertaken by any civilization. The famous Chinese general Meng Tian initially directed the project, and was said to have used a massive army of soldiers, convicts and commoners as workers.

Made mostly of earth and stone, the wall stretched from the China Sea port of Shanhaiguan over 3,000 miles west into Gansu province. In some strategic areas, sections of the wall overlapped for maximum security (including the Badaling stretch, north of Beijing, that was later restored during the Ming Dynasty).

However, the Qin Dynasty didn’t last long, and attempts to limit threats by building a series of walls were only partially successful. By 206 BC, China entered a period of instability, and the Han Dynasty seized control not long after Qin died.

The Xiongnu Empire led by Modu Chanyu exploited China’s instability by forming a strong coalition of tribal peoples and expanding the empire’s territory into China.

The newly-expanded empire was able to take control of what is now referred to as the silk road — a connection of highly lucrative trade routes across northern China and Central Asia.

But the Xiongnu overstepped their boundaries by harming China’s trade routes — the Chinese mounted a full-scale military campaign against the Xiongnu Empire in 129 BC.

As a result of the military conflict, the Xiongnu Empire split apart, with many of its regions becoming vassal states of China.